Robert Kubica will start Formula 1's Azerbaijan Grand Prix from the pitlane, following his Williams team's decision to make changes to his FW42 in the aftermath of his qualifying crash. 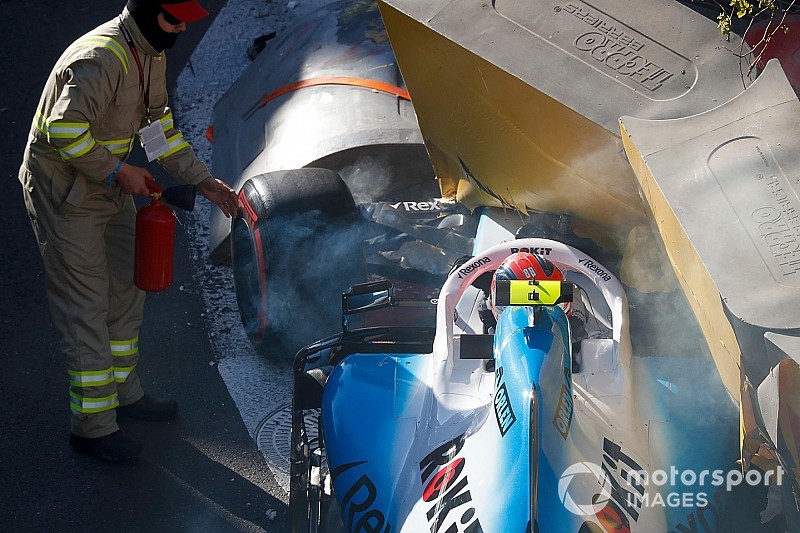 Kubica crashed into the barriers at the tight Turn 8 left-hander in the dying seconds of the first qualifying segment on Saturday, having tagged the inside wall on entry into the corner.

The Polish driver was set to line up 19th - promoted one spot due to Pierre Gasly's pitlane start penalty for missing the weighbridge - but will now give up his starting spot on the grid.

Williams said that the decision to have Kubica start the race from the pitlane was made “in order to make further set-up changes ahead of the race”.

Kubica explained on Saturday that he was still lacking confidence with the FW42, and attributed his crash to not leaving enough “margin” to compensate for the car's limitations.

Speaking about his expectations for the race, the Pole stressed that it was crucial to stay out of trouble and complete the race distance, given the Baku track's propensity to create chaos.

“Anything can happen and does. It’s one of those grands prix where you have to make sure that you see the chequered flag,” he said.

“Of course with many safety cars and many accidents, you have to be there so you have to be a bit lucky as well. It’s definitely a track where a lot of things happen and we’ve seen that unfortunately with me in qualifying.”

Kubica's teammate George Russell will line up 17th on the grid, joined on the ninth row by Alfa Romeo of Antonio Giovinazzi, who is serving an engine-related grid penalty.