Williams Formula 1 driver Robert Kubica believes consistency is the key to being able to unlock more performance on grand prix weekends after a "complicated" first half of 2019. 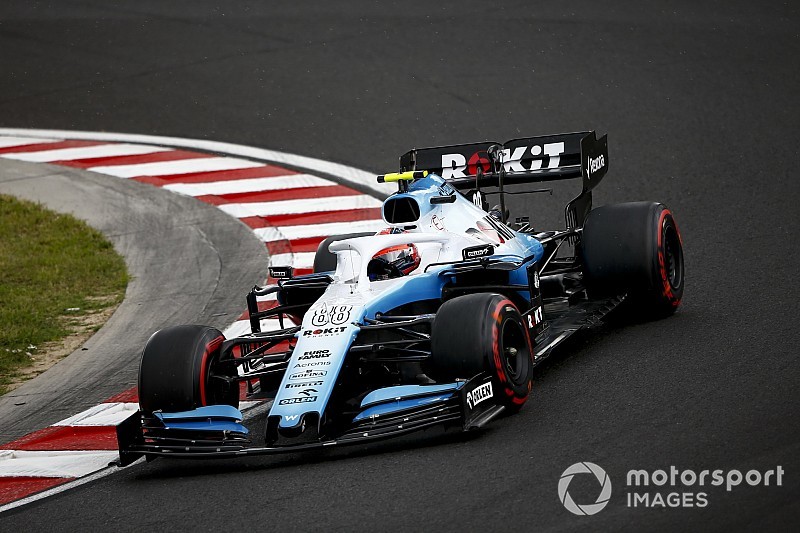 The Pole, returning to F1 this season after an absence of nine years, has struggled to match teammate George Russell in most of the races held so far.

Kubica feels that his life would be much easier if he was able to get more a consistent car every weekend.

Asked by Motorsport.com to describe the first half of the season, Kubica said: "It has been complicated. Overall there are a few things that we have to get on top of apart from the performance of the car.

"You can always improve everywhere, but as I said, we have to have consistency.

"Once you have consistency in the car it will also be much easier from the driver point of view to be consistent and to work on small details and this is in the end what it comes down to in F1."

Russell put on Williams' strongest performance of the year in Hungary, the final race before the summer break.

The Briton managed to out-qualify and beat two non-Williams cars on Sunday, but Kubica believes it's too early to tell if Williams has made an actual step forward.

"We have to wait and see," said Kubica, who has scored Williams' only point of the season so far.

"For sure George had a much better performance but the car was the same as in Hockenheim and in Hockenheim it was not looking like we made big progress.

"Putting it in a different way, we made progress but also the others did so the gap was still big.

"Here he managed to qualify in front of a few cars and he was much closer to the pack. We hope we will be able to continue with this trend although it will require a lot of work.

"After the break we have completely different tracks so we have wait and see if we'll be able to close the gap and stay more attached to the others are George was here."