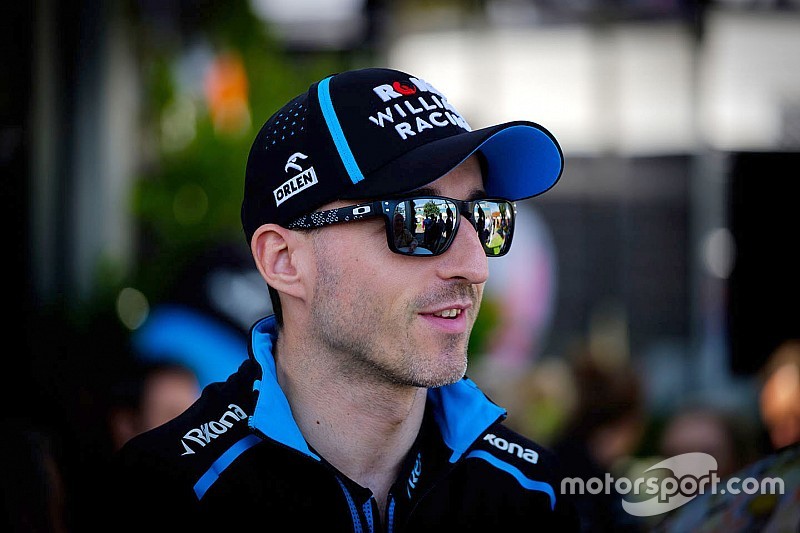 Robert Kubica says he has absolutely no regrets about returning to Formula 1, despite the competitive struggles that his Williams team is facing.

Williams has endured a tough start to the year, with its new FW42 having been finished late and by far the slowest car on the grid.

But although Kubica wants more than to just be a backmarker in F1, he says the personal satisfaction of having returned to grand prix racing from injury and the fun he gets from driving outweigh the negatives of his current situation.

Asked by Motorsport.com if he had had any regrets, Kubica said: "No - because in the end I took the decision after thinking for more than six weeks last year.

"I knew it would be an extremely difficult challenge for me to be back in such a competitive sport and being on the grid, and I knew it might be difficult for Williams. But I didn't expect to come to Australia so unprepared.

"[That's] not from a physical point of view but from a lack of driving. For me, before testing, Barcelona would be the most important days of the last eight years as a driver, although not as a person when I was half in hospital and couldn't walk!

"As a driver, there haven't been in my life more important test days from the driver point of view as Barcelona. Unfortunately Barcelona didn't work out at all. So it put me into the difficult position, but somehow I have to go through them here, in Bahrain, and probably for a couple more races.

"But I hope and, from what I can see, I think I cannot regret. Even if I struggled here [in Australia], I still enjoyed it, which is a big difference compared to long time ago. A big difference!

"It is probably because I know where I am coming from. I am not an emotional guy but in the end after the race, for me, it felt like a great achievement."

Having come through a race weekend that doubters suggested he may struggle at, Kubica says he will probably never be able to silence totally the questions marks that surround him after the arm injury he suffered in a rally crash in 2011.

However, he is clear that he came back to F1 because he would never have forgiven himself if he had turned down the chance to take an easy life.

"In the end because of my limitation, I have to show always more than the others because people are putting always question mark doubts," he said.

"The only thing I can do is try to do my job the best I can, and try to leave all the grands prix with positives and negatives. I don't believe that there can be 100% positive things. You can always do better things. Even if you are winning races, you can always improve.

"Otherwise for me it would have been much easier six years ago to accept opportunities I have in GT3 or DTM, enjoy, have even less stress, and probably have more fun with driving because I will be probably fighting definitely for better positions.

"But somehow there is a reason why I am here. And it might be that at the end of the year I will regret something, but one thing I will not regret is to try. Very simple."

How did Norris really fare on his F1 debut?