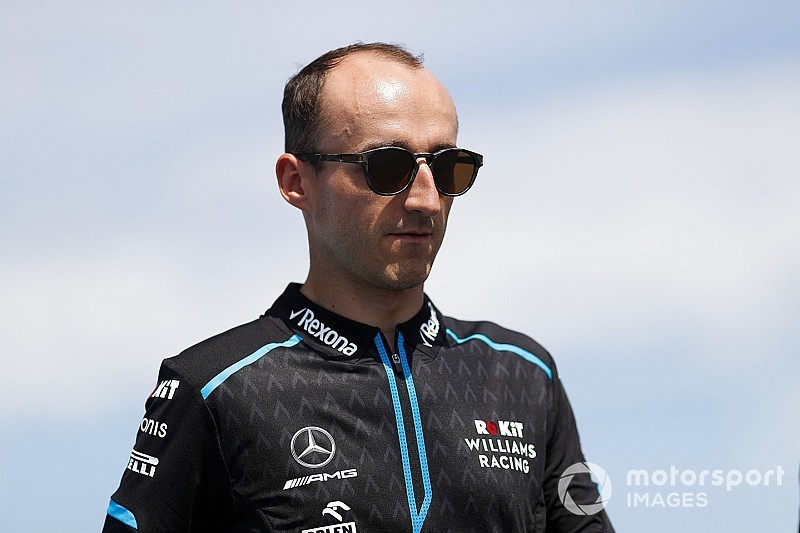 Robert Kubica says the "shadow" cast by his William team's struggles this year means even he has sometimes forgotten how big an achievement it was to return to Formula 1.

Kubica's grand prix racing comeback in Australia this year marked his first start since the 2010 season finale, after the rally crash in early 2011 that led to the partial amputation of his forearm.

He landed an F1 test and development role with Williams last year which became a race drive for 2019, but the team's car is comfortably the slowest on the grid and Kubica has spent all season qualifying and finishing at the back.

"I am not regretting what I decide," Kubica told Motorsport.com. "Frustration is not a correct word, because in the end it is still better being here than sitting on the sofa and watching Formula 1 on the television.

"Definitely I would be more happy if I was fighting higher up and having less problems.

"But all in all, in these last months, unfortunately this difficult situation puts a lot of shadow on what I achieved and how big achievement it was for me to be back here.

"This is something which I also forget, because Formula 1 is a fast sport and everything happens very fast, so you somehow live day-by-day.

"You forget that in the end I achieved something which I was working on for many years."

The one-time grand prix winner was always realistic about the team's prospects for 2019 after it slipped to the tail end of the field last year.

Kubica believes he did not personally underestimate the challenge, even though it is even less successful than anticipate.

He said: "I even had people in Abu Dhabi [after being announced as a 2019 race driver] saying 'Well, congratulations, big job [done]'. Because the comeback was achieved.

"And I said 'well, the difficult [part] starts now'. My past years were not easy for different reasons, but Formula 1 is a high level sport, which is very very competitive and very very tough.

"From one side it cannot really be more difficult, because I have big respect for this sport and I think how difficult it can be to race in Formula 1. But definitely it is more complicated."

Kubica said the knowledge that Williams cannot make short-term progress this season and will not fight other teams is "probably the most difficult" thing.

"In the past you had up and downs, but you knew that if you manage to sort few things you will be competitive," he said.

"Now we are so far behind, that even if the others they have downs or they have [difficulties], they have so big margin on us, that anyway we are not even in touch with them. This is something which probably is most annoying."