Robert Kubica says he can't wait until December for a decision on the second Williams seat for the 2019 Formula 1 season. 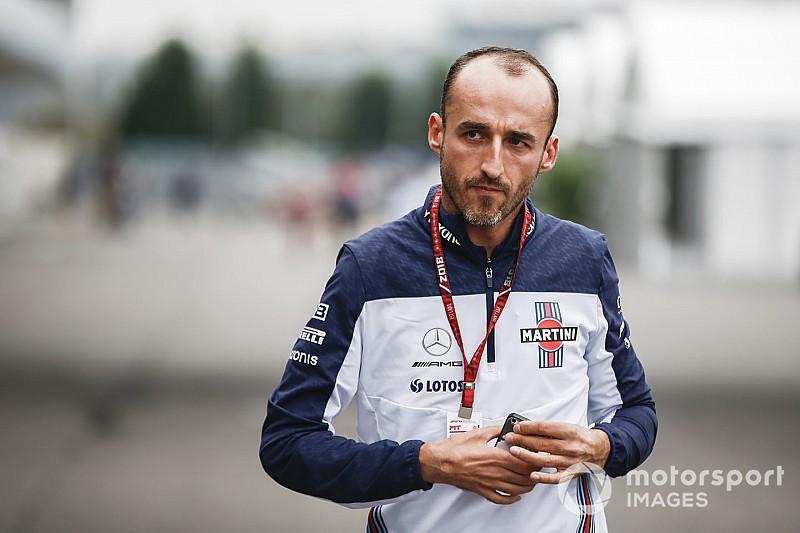 The Enstone outfit's deputy team principal Claire Williams has made it clear that Kubica remains on the shortlist, even suggesting on Thursday that the Pole would be a "fantastic" teammate for incoming rookie George Russell.

Although encouraged by her comments, Kubica insists that he doesn't want to miss out on other opportunities by holding out for the race seat.

"If she said this, maybe it's correct," Kubica told Sky F1. "Time will show. Time is running, I don't want to wait as it was last year.

"Hopefully there will be some decisions earlier than it was [then].

"Of course the target will be to be on the grid next year, but as I said, I cannot wait until December. The situation is quite clear, and we will see.

"I think the team is evaluating different scenarios, and they are right to do it. And I'm doing on my side some other stuff. So we'll see if there will be a common agreement or not.

"But as I said, I'm focussed on let's say seeing other opportunities, because I don't want to find out myself in December or whenever it will be that it's too late, and having nothing."

Kubica stressed that he wants to race in another category if the Williams opportunity doesn't work out for him as planned.

"The aim is to be on the grid in F1, it will be let's say the priority. If this doesn't happen I might be still in the paddock, in F1, of course not racing in this case.

"Or maybe some other series as a driver. We will have to wait and see. For sure I think in the next couple of weeks it should be decided, at least from my side."

Haas feels it is racing in "Formula 1.5"