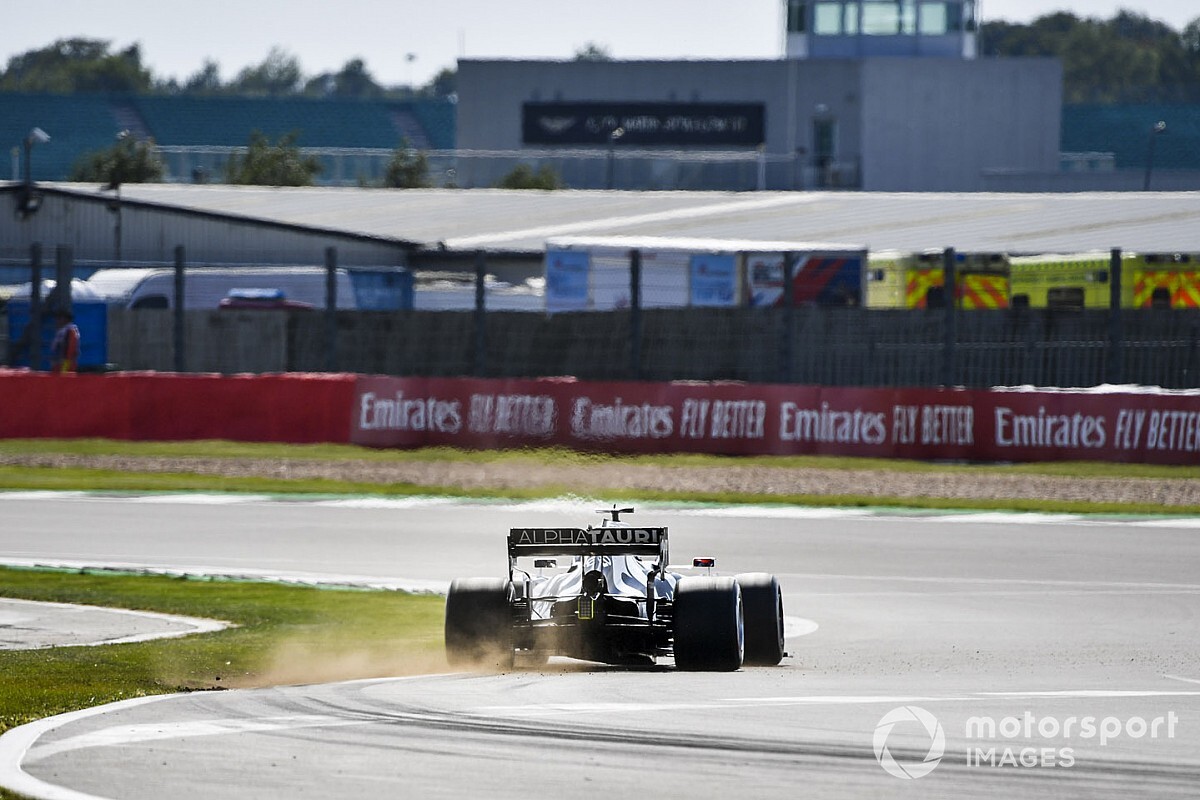 As usual the Russian ran a Friday gearbox today, so the change relates to a problem that was discovered after the race in Hungary, where he finished in 12th place.

His teammate Pierre Gasly suffered a gearbox failure in the race in Budapest, and has also taken a new gearbox for Saturday. But, because he failed to finish that event, he gets a free change and thus won’t have a penalty.

Of the pair, Gasly had the better Friday in Silverstone and set the eighth-fastest time in FP2, while Kvyat was only 15th after his run on soft tyres was spoiled by a red flag caused by Alex Albon’s crash.

“It was a very good, productive day,” said Kvyat. “The only thing that was unfortunate was the red flag was right on my new tyre run, so we had to abort the lap and go again with the used tyres, so it was slightly compromised.

“Other than that I think we learned a good amount of things today, I was quite pleased overall with the balance. For tomorrow we have to tidy up a few things and analyse tonight what we can do better for tomorrow, because it’s going to be tight as usual.

After struggling with a series of reliability issues in Hungary, Gasly is more optimistic about prospects for this weekend.

“It was productive, we did a lot of things,” he said. “I still didn’t get the balance exactly how I wanted, but performance-wise we are looking OK so far. Tomorrow and Sunday will be very different conditions.

“So far I think I’ve completed more laps between the two sessions than I did all weekend in Hungary. It feels good to be driving, but we still have quite a bit of work to get the car where it should be and we’ll try to make it up for tomorrow.”