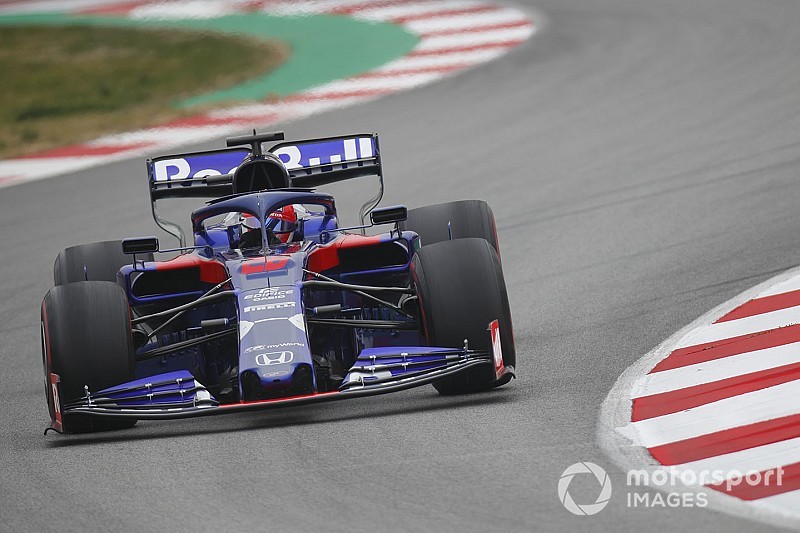 Kvyat demoted Alfa Romeo driver Kimi Raikkonen from the top spot with just over 10 minutes to go in the afternoon session, his 1m17.704s benchmark standing as the fastest lap of pre-season testing so far.

While he capitalised on a rare opportunity to top a session for Toro Rosso, the Russian said he and the team were not intentionally trying for a headline result.

Asked whether his lap, recorded on the softest Pirelli tyre compound S5, had been on the limit, Kvyat said: “I wouldn't say it was balls out or anything. You don’t want to end up in the wall.

“But you try to feel the car as much as you can in those laps the engineers give you, and you cannot keep driving around slowly, but it was not too bad.

“We were not having any intention to go for any big performance today. We just tried to focus on our programme today.

“That was the most important thing for us. To do as many laps as possible today, to complete the programme.”

Kvyat completed 137 laps on Wednesday, just one shy of Raikkonen, who was the day's busiest driver – although Renault and Mercedes, splitting the day between two drivers, also logged more laps than Toro Rosso.

And after Kvyat had managed only 77 laps on the opening day, before handing over to Alex Albon on Tuesday, the Russian – who is returning to F1 in 2019 after a year on the sidelines – was thrilled with Wednesday's mileage.

He said Toro Rosso was “really banking through the programme” and “had no major issues” over the day.

“I am happy that this bad boy [the neck] is a little bit tired finally,” Kvyat said. “It was a productive day. Without looking at the timesheets - we don’t need to look there right now - we did our job.

While he admitted the STR14 didn't feel too different to its predecessor, which he trialled in Abu Dhabi last year, Kvyat said he was satisfied with the 2019 Toro Rosso thus far.

“Honestly talking, I would be lying if I said it [the car] doesn’t feel good,” he said. “It feels to my liking so far.

“Every time I out there, I pretty much know what it is going to do for me so it is a nice feeling so far.

“Of course it is early days, but the better the start it is always welcome, so we plan to try to keep improving with the car.” 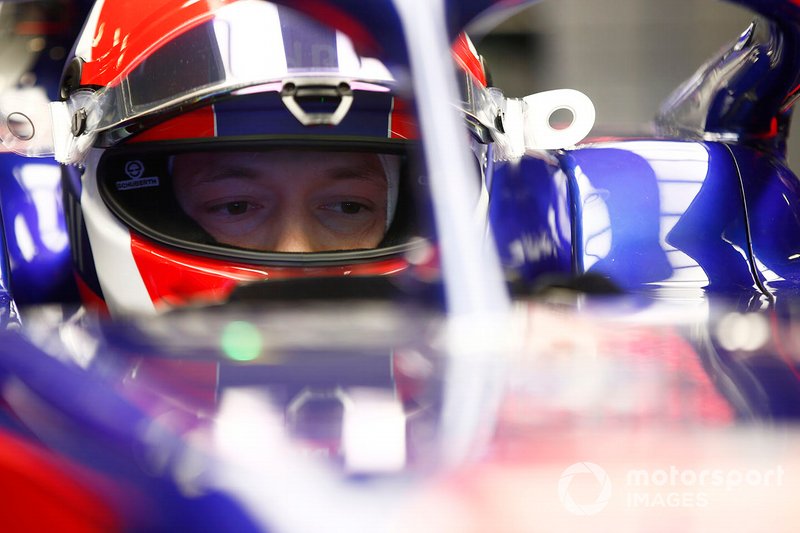