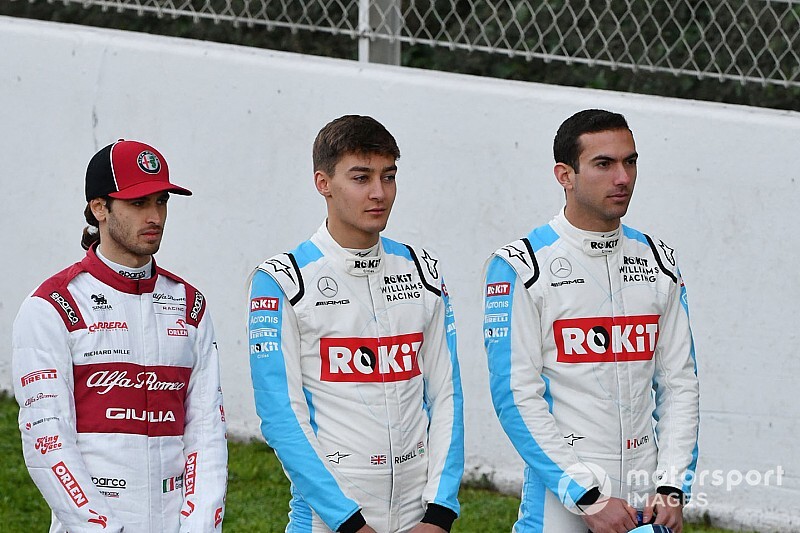 George Russell thinks rookie teammate Nicholas Latifi is underrated and will be a tougher teammate to beat than many people expect.

Despite the British driver coming off the back of a campaign where he had the edge over teammate Robert Kubica, Russell thinks any expectations that he will easily do the same over Latifi are incorrect.

"You're only as good as your last race so it's a fresh start," explained the Williams driver.

"I think Nicholas is definitely very underrated, you know. He's incredibly prepared. And he's going to be a tough driver to beat, so he is going to keep me on my toes. I'll be pushing."

Although Latifi is embarking on his first F1 season, he has taken part in 11 free practice sessions so far for the Williams and Force India teams.

He has also tested for Renault, Force India, plus he conducted a young-driver private test for Mercedes in an old car alongside Russell back in 2017.

Russell added: "I think Nicholas is a great driver but you know he's probably the most prepared rookie F1 has had ever almost.

"On paper he's a rookie, but the reality is he's not, and he's definitely going to be tough to beat. I'm ready for the challenge and looking forward to that battle."

Russell says that heading in to his second season in F1, he knows he needs to lift his own game if he is to keep up the momentum of his career.

"I've got some specific goals I want to improve with my driving with what I think will make me go faster," he said. "I think it's work in progress.

Despite the encouraging start to testing, Russell was eager to play down Williams' potential – and made clear that it was too early to feel anything had been achieved yet.

"I think what we saw obviously looks like a massive success versus last year, and it is, but the fact that we have a car at winter testing is not something to exactly celebrate," he explained. "It should be normal.

"So we're here, we go through our programme, but we had a very smooth, smooth morning. No issues with it, every lap we were meant to do and that was positive."

He added: "The car is much more drivable than it was last year, it gives me much more confidence. But ultimately it doesn't matter how it feels. It matters how fast it is and that we don't know yet."