Niki Lauda has given Sebastian Vettel an entertaining insight into the "wild" behaviour of F1's past champions. 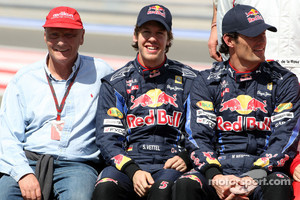 In a joint interview, new reigning world champion Vettel asked triple title winner Lauda if the reputations of some of the sport's legendary drivers as "wild dogs" off the track were deserved.

"I will tell you the truth," Lauda answered Vettel in the Red Bulletin feature, according to German language reports.

"The best example is 1984 at the Portuguese Grand Prix, which was crucial for the world championship for myself and (Alain) Prost.

"My fitness guy Willi Dungl told me there was a blonde Italian woman constantly asking about me. I went to see her immediately.

"As I'm a polite person, we went out for dinner on Friday and she asked if we could eat together again on Saturday. 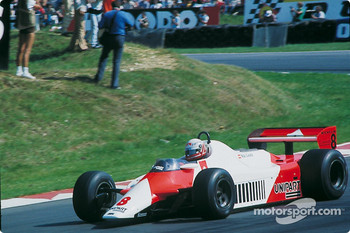 "I told her we couldn't eat together but she could come between 8 and 10 o'clock to my room.

"I told her I need to sleep at ten because the next day I needed to be world champion. She said okay and was gone at ten minutes before ten. I slept like a god," grinned Lauda.

He continued: "My dear teammate Prost was in the garage in the morning and was grinning to himself. I asked what he was smiling about.

"He said, can you believe it, last night I caught Stephanie of Monaco. I was relieved," said Lauda, "now it's 1-1 before god and it's time to race.

"A few hours later I was world champion for the third time," said Lauda.

He admitted that the "morality" of today's F1 stars "is maybe better".

It is rocket science for Britain’s future engineers at Cosworth