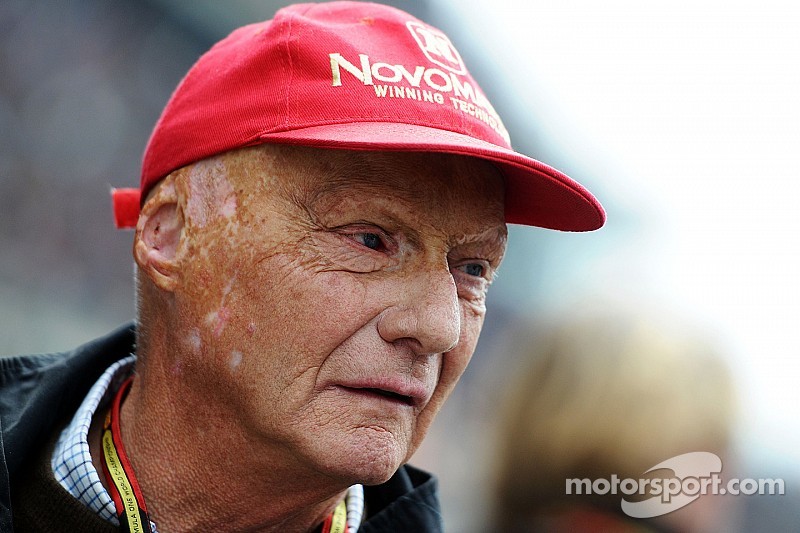 Jul.21 (GMM) Niki Lauda has used an expletive to describe the quality of the cars produced by Mercedes' grandee rivals in 2014.

The F1 legend is the chairman of the Mercedes team, whose W05 car is utterly dominating the sport this year.

The rules are written clearly.

"McLaren has the same engine as us and the car is sh*t," he told the Spanish newspaper El Pais. "Where are they? Nowhere.

"The same with Ferrari -- another sh*t car. Next year will be different because they can change half the engine."

Lauda had been asked about Mercedes' huge advantage in 2014, and whether it is fair that the regulations restrict the rivals' freedom to fight back.

"The rules are written clearly," he said. "You cannot penalise Brixworth because others have been stupid."

But the situation has left Fernando Alonso as perhaps the most frustrated driver in F1, seemingly always stranded in a midfield car despite his talents.

"I'm sure he is very frustrated," said Lauda, "but the money he makes should help him.

"He can't just go to McLaren because he has a contract that he can't get out of unless he's sacked. Sometimes you choose a car and you're wrong.

"Remember Ronnie Peterson? He was the best but always in the wrong place," Lauda added.

When asked about Lauda's expletive-laden description of the 2014 Ferrari, boss Marco Mattiacci played down the controversy.

"I do not intend to comment on a phrase taken out of context in an interview," he is quoted by Italy's Autosprint.

"For me, Niki Lauda is an icon of motor sport, one of the most intelligent drivers of all time and my esteem for him is huge."