Laurent Mekies is attending a Formula 1 race with Ferrari for the first time and has been confirmed as the Italian team's new sporting director.

Ferrari revealed it had hired the ex-FIA safety and deputy race director on the eve of the 2018 campaign, and he is finally present and working with the team at the season-ending Abu Dhabi Grand Prix.

Mekies was initially confirmed in an unspecified technical role and due to report to Ferrari's technical director Mattia Binotto.

However, team principal Maurizio Arrivabene has now confirmed Mekies will be Ferrari's first bespoke sporting director since Massimo Rivola left the role in 2016.

It could be linked to the planned staffing reshuffle that will include senior engineer and head of race activities Jock Clear moving into a race-engineer role for incoming rising star Charles Leclerc.

Mekies joined the FIA in October 2014 as safety director and has worked on safety matters across all championships as well as R&D and homologation activities.

"Laurent is perfectly matching the strengths that are requested as a sporting director and that is why he is going to take this role next year," said Arrivabene.

Ferrari has enjoyed its statistically strongest season since 2008 this year, winning six races, but faded from contention in both the drivers' and constructors' championship.

Errors from Sebastian Vettel and the team contributed to those challenges losing momentum, although Arrivabene has put it down to Ferrari needing to avoid a "fear of winning".

He also said it needed to develop a victorious habit, and stressed that again when challenged on the vagueness of that goal on Friday in Abu Dhabi.

"We need to win enough to win the championship," he said when asked to explain what it meant. "Of course then it depends on the performance of the other teams.

"The habit to win is very simple: if you are doing one-two then it doesn't have to be an exceptional event it has to be habit.

"That way it changes your mentality from a fighter to a winner."

Arrivabene baulked at the suggestion that six wins this season and five this year suggest Ferrari is scoring enough victories.

He said it is "not correct" that mistakes are to blame for its trophy-less run continuing.

"We started the season in very good shape," said Arrivabene. "From Monza we were not there with the car. I don't want a point a finger on the team or the driver. 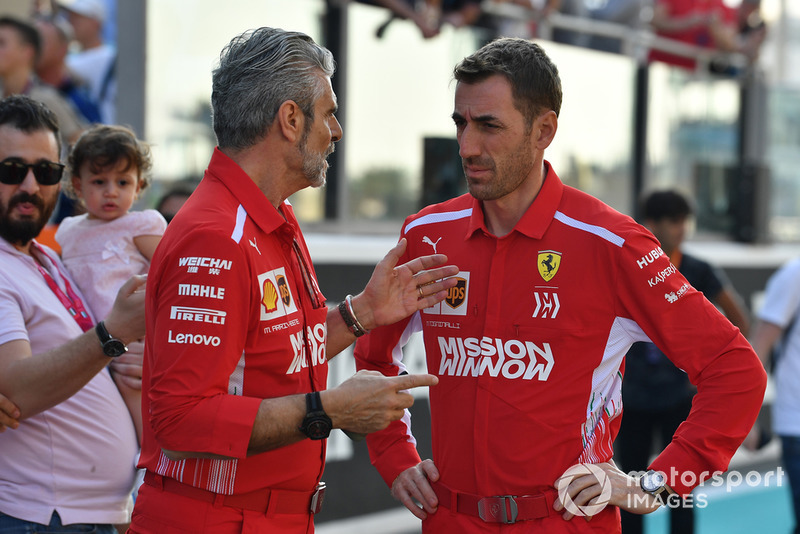