Leclerc won't be as "accommodating" as Raikkonen - Brawn

Charles Leclerc will not be as "accommodating" as Kimi Raikkonen was at Ferrari, reckons Formula 1's sporting chief Ross Brawn.

Leclerc, F1's star rookie of 2018, will replace Raikkonen alongside Sebastian Vettel next season and has been tipped to fight for the title in his first year with the famous Italian team.

Brawn, who was a vital part of Ferrari's success with Michael Schumacher in his spell at the team from 1997 to 2006, believes Vettel will get a sterner challenge from his new teammate.

"I don't imagine Charles Leclerc is going to be quite as accommodating as Kimi was on occasions," said Brawn in an interview on F1's official website.

"Kimi is his own man, don't get me wrong, but I think Kimi knew what the lay of the land was in the team."

Four-time world champion Vettel has already said he does not expect "anything wrong on-track" with Leclerc next season.

However, Vettel will be under pressure to lead the team and remain its main championship contender after a 2018 season in which his own mistakes helped extend Ferrari's long run without a title.

Brawn said Vettel's campaign was "mixed" but insisted improvements are needed from both sides to best the all-conquering Mercedes/Lewis Hamilton combination over a full season.

"He's had some very good performances, and played a big part in taking the team forward, but in the end, Seb and the team didn't deliver," said Brawn of Vettel's season.

"They had a strong year but they have got to make that next step and deliver – and that's Seb and the team.

"He made one or two errors, which is unfortunate but with drivers, that can happen.

"The team seemed to make a wrong turn technically for several races and then they came back again to an older spec which corrected their form."

Vettel led the championship after the first 10 races and took victory in the first race after the summer break, but then failed to win again in closing nine GPs.

That was partly down to Ferrari's development going in the wrong direction, but Brawn said Vettel could not be a "neutral passenger" in those efforts.

"As a driver you have to be involved with those things," Brawn said. "I recall when I was at Ferrari, if we had something we were uncertain about, Michael [Schumacher] would be banging my door down to talk about it and spend time with the engineers and work until he got himself comfortable with what was going on.

"That motivates a team and can be a catalyst for people to look at things in a different way or different perspective.

"The difference between success and failure is often down to small things.

"I don't think he or the team need to change things dramatically, they just need that final bit of polish to get off the line." 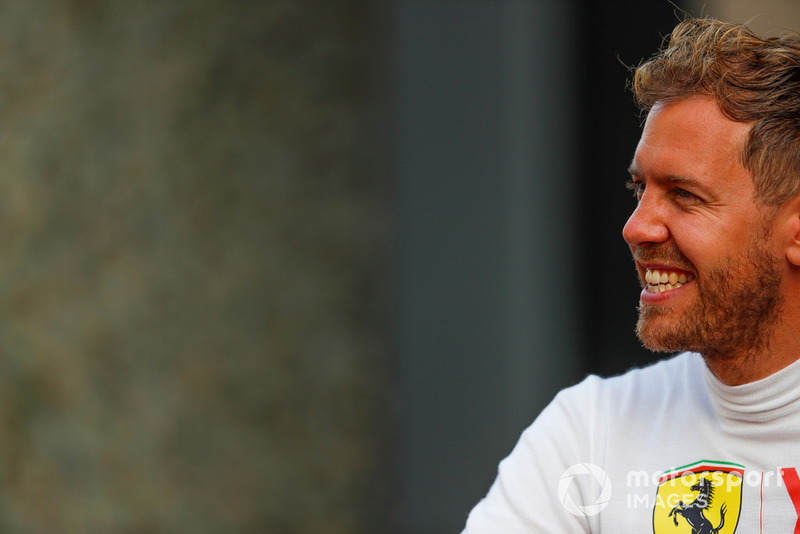