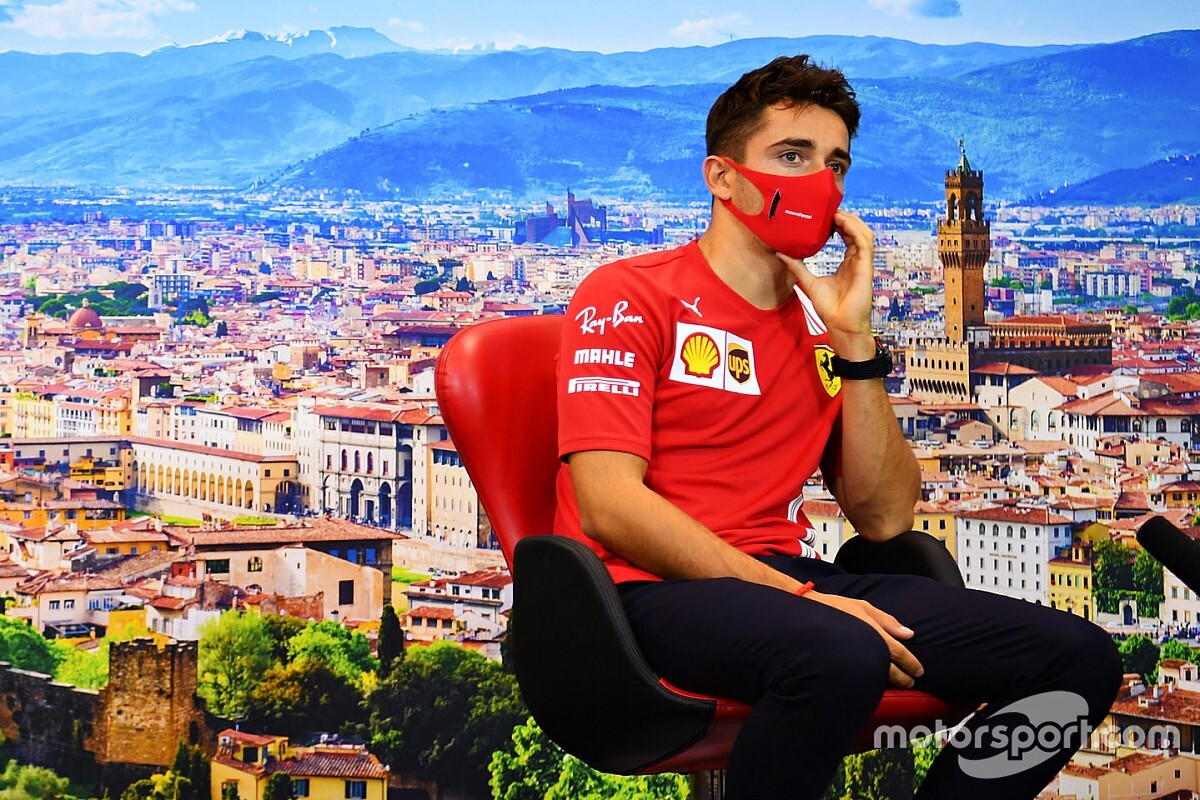 Charles Leclerc says he is suffering no after-effects from his crash at the Italian Grand Prix, having been given the all-clear following further medical checks earlier this week.

The Monegasque driver caused a red flag halfway through the Monza race last weekend when he lost control of his Ferrari at the high-speed Parabolica corner.

His car speared across the gravel trap and hit the tyre wall on the outside of the turn, causing enough damage to the barriers to force the race to be stopped.

While Leclerc was able to climb out of the car unaided, he admitted to feeling a bit sore in the immediate aftermath of the crash.

On the day after the race, he went for a medical examination to check that he had not picked up anything serious, and was given the all-clear.

"I am feeling okay," he said. "I did some further medical checks on Monday but everything is okay.

"I had some back pain after the crash, but already from Monday I was perfectly fine."

Leclerc's exit from the Italian Grand Prix capped another miserable outing for Ferrari, with teammate Sebastian Vettel having retired from the race earlier thanks to brake failure.

On the back of a troubled Belgian Grand Prix, Ferrari has endured a tough few weeks, but Leclerc is hopeful that the Italian outfit should perform better around Mugello – for what is its 1000th grand prix start.

"I have a feeling it might be better than the last two weekends for us performance wise," he said. "I really hope tomorrow will confirm what I think, but it should be a bit more positive and let's see how it goes.

"Physically, we've done a filming day a few months ago here and to restart at a track like this was pretty difficult for the neck. But it should be fine as we've had quite a lot of races since then."

Vettel said on Thursday that Ferrari had still not got the bottom of why he suffered such an instant brake failure last weekend.

"The investigation is still ongoing," he said. "I think we have understood what went wrong. Obviously the brakes got hot, especially the rear brakes and then at some point, the rear line exploded.

"We were monitoring the failure a couple of laps before we tried to take action up to the point where the brakes failed. So of course, we were surprised. But yeah, I think one thing is what we can do better in these scenarios. And the other one is obviously to understand why the brakes failed, why the brakes got hot."