Leclerc "annoyed with myself" after Chinese GP qualifying

Ferrari Formula 1 driver Charles Leclerc says he was left "annoyed with myself" after Chinese Grand Prix qualifying, despite closing the gap to teammate Sebastian Vettel after a "messy weekend".

Fresh off his stellar performance in Bahrain, Leclerc trailed Vettel in all three practice sessions before qualifying fourth on the grid, 0.017s back from his German teammate.

The Ferrari newcomer was audibly disheartened after crossing the start-finish line on his decisive lap in Q3, raising his voice on the team radio and repeatedly calling himself “f***ing stupid”.

Speaking after the session, Leclerc said: “I'm annoyed today, with myself. I did a mistake in the last lap and I shouldn't have done that."

He added: “I am [disappointed] because I think the potential to be in top three was definitely there today. I did some mistakes in my fast lap in Turn 12/13, I went pretty wide, took a lot of understeer.

“So yeah, overall there was potential to do better but it's life, it's like this.”

However, Leclerc stressed that he has reason to be satisfied with the qualifying result “because FP1, FP2, FP3 I was quite lost, struggling quite a bit, actually a lot”.

“To be honest it has been quite a messy weekend from my side from the beginning of the weekend,” he explained.

“Then coming in qualy we did some changes, I think I changed quite a lot the driving and was a lot better.

“Not enough to be in front of the Mercedes or at their level but at least we got closer and myself I think there was a bit more potential, so [about] this I'm disappointed, but overall it's a positive day.”

Mercedes' front-row lockout in China follows Ferrari's 1-2 on the Bahrain GP grid, but Leclerc insisted the rival team's improved form did not come as a surprise.

“I think Valtteri [Bottas] was quick all weekend. Lewis [Hamilton] I felt was struggling a little bit with the car before qualifying.

“So, no, it's not such a surprise, I think it was more a surprise to see Lewis struggling in free practice than seeing them both quick in qualy, we expected that.”

Ferrari: It was a good recovery, ok? From FP3 and all the issues-

Ferrari: Tomorrow it's the race. 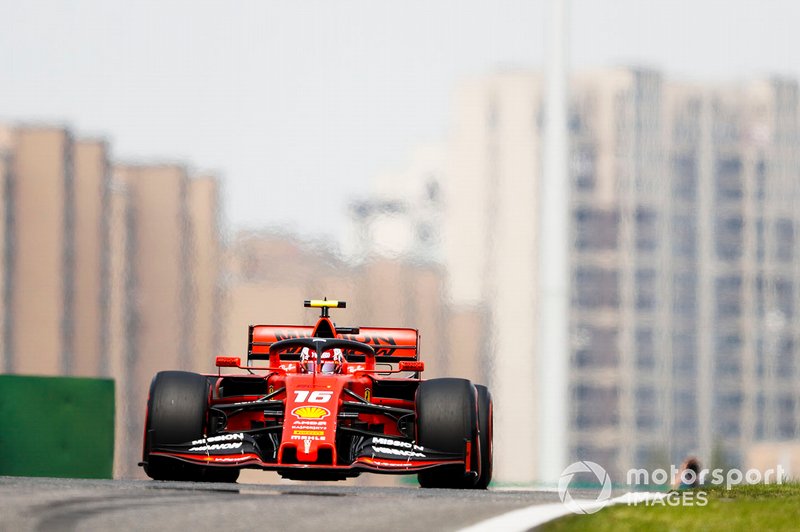