Ferrari Formula 1 driver Charles Leclerc was a star attraction at Autosport International 2020 over the weekend.

By:
Jonathan Noble
Co-author:
Alex Kalinauckas
Listen to this article

The chance to get up close with fans offered a unique opportunity for him to be asked things he is not normally pushed on over grands prix weekends.

So with show attendees having been invited to submit questions for Leclerc’s stage appearance, the Monegasque quickly opened up on some fascinating aspects of his life – including his dream dinner guest and how a Skydive had not gone down well with his bosses.

...ON HIS CHEEKY SKYDIVE

Responding to a question regarding his pursuits during the F1 off-season, Leclerc picked skiing and visiting his family as his two favourite activities.

When asked if he waited to receive permission from Ferrari before going off on adventure, Leclerc revealed that while he normally followed the correct processes, there was one activity where he did not do what he should have done.

“Yes, you normally should do, [and] I do,” he said. “[But] I didn't for skydiving, because I just told myself that in case it will go wrong I will not be here to be told off. So, yeah, I just went for it, and then they were a little bit upset.

...ON RACING SENNA AND DINNER WITH HUNT

When asked which driver from F1 history he’d like to race against, Leclerc replied: "Ayrton Senna. Without any doubts just because he is the only idol I have, even though I have never seen him in real life.

“[He was] always a person that inspired me a lot. So, if there's one person it will be him.”

Leclerc was asked to select three current or former F1 drivers to invite to a fictional dinner party and he selected his rivals from Toro Rosso and Renault – Pierre Gasly and Daniel Ricciardo – and 1976 world champion James Hunt.

“Well, Pierre Gasly as he's a very good friend of mine,” said Leclerc.“Daniel Ricciardo because yeah, also he's a good friend of mine and probably James Hunt [too]. He looks like a funny guy so just to get to know him a little bit better [would be good]." 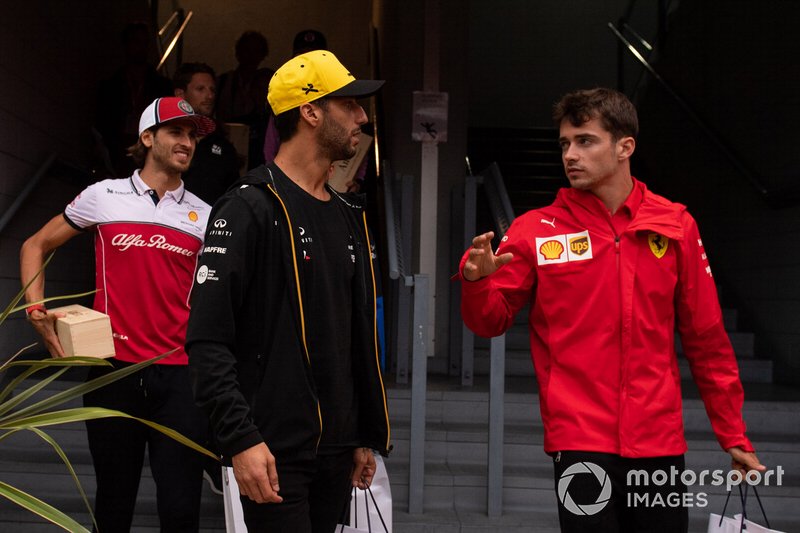 BUNKING OFF TO BEGIN AN F1 CAREER

Responding to a question regarding his inspiration for getting involved in motorsport, Leclerc recounted one of his earliest memories – one that led to him starting a racing career that has led to a long-term Ferrari contract and two F1 wins.

“I think the first person [that inspired me] was probably obviously my dad.

“He was in racing too, so he spoke to me of his early races or early years when he started racing and things like this.

“And then I started actually, by coincidence. I didn't want to go to school [one] day - like many children, I guess.

“I told my dad I was ill just because I didn't want to [go]. Luckily for me, he believed me and by coincidence, he was going to this karting track. So I went with him.

“Obviously after that he saw that I was not ill when I started to push this to try karting, which I did." 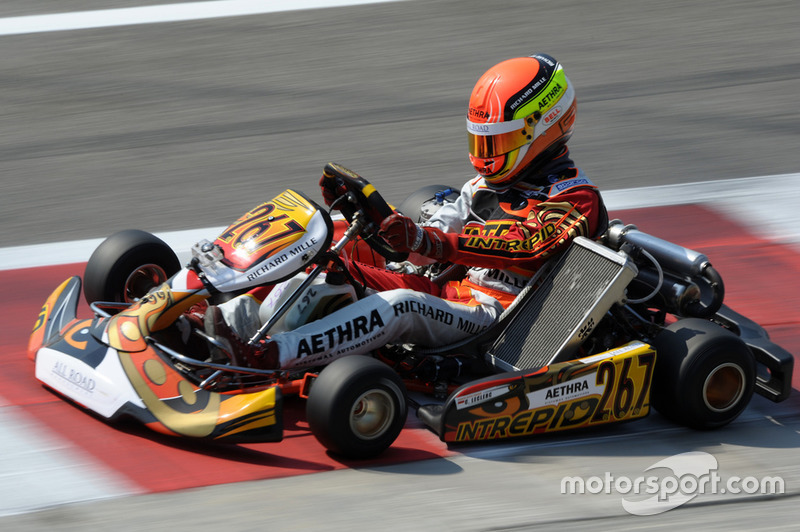 Ferrari has had no shortage of famous machinery over the years that many F1 drivers would be eager to get a taste of.

But it is a more recent challenger that Leclerc says he would most like to experience, and mainly for the sound.

Asked which former Ferrari F1 car he would most like to test, he responded: “Probably the 2004 F1 Ferrari. Just because it was extremely quick and just to drive with this sound, I think that's what we are lacking a little bit in F1 at the moment. And to drive this just gives you emotion.”

In terms of road car, Leclerc said that the model he would like to get his hands on is a La Ferrari. Pushed on whether he should ask team boss Mattia Binotto for it as a company car – and then where he would park it in Monaco if he convinced him, he laughed. 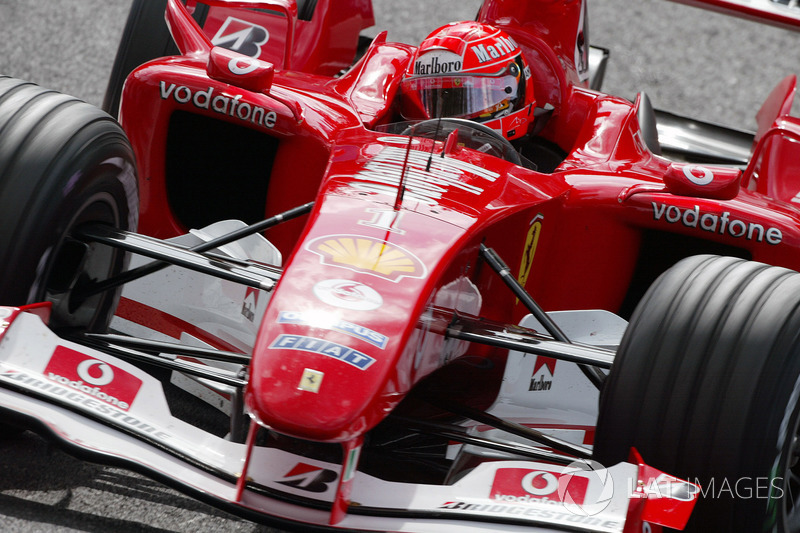 ...ON RALLYING AND MOTOGP

F1 drivers run a pretty busy schedule so it is the exception rather than the rule if they ever get to try out other categories.

Leclerc says he would actually like more F1 races over the winter if he had do something else – but one motorsport discipline does excite him.

“To be completely honest, I am obsessed with Formula 1 so in the off-season I would like to have just a few more races to still race in F1,” he said.

He also expressed a desire to try two-wheels too – but is doubtful he would be allowed. 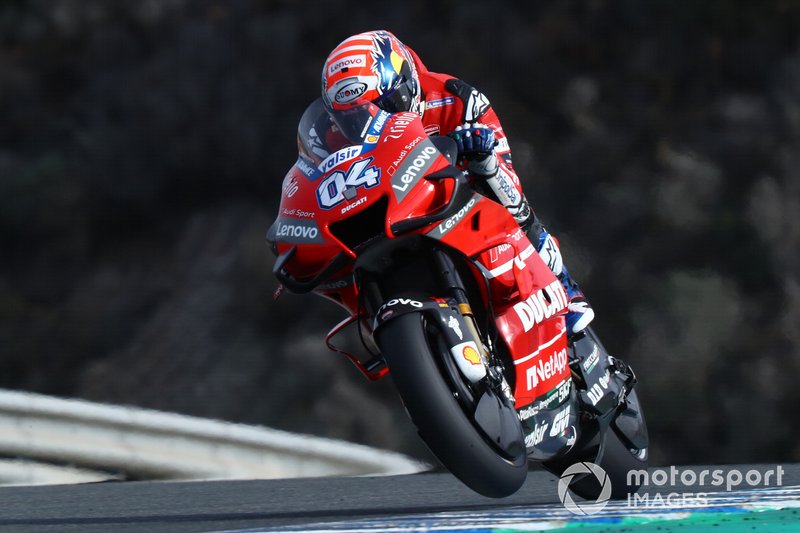 ...ON HIS FERRARI HOMEWORK

Modern F1 cars are tremendously complicated beasts, and nowhere is this more obvious than on the steering wheel with a host of buttons, dials and controls dotted all over the place.

Leclerc revealed a little about how much effort he was expected to do to fully get to grips with the controls prior to his first season in grand prix racing.

“I had a book of like 70 or 80 pages when I first arrived in F1, which I had to learn, but I'm very bad at learning things,” he explained. “So I was more learning on the simulator basically, just hours and hours.

“But then it comes more naturally because what is on the wheels are things that you are using during the qualifying lap or during the race and which are helping quite a lot the performance. So you need to know these things.” 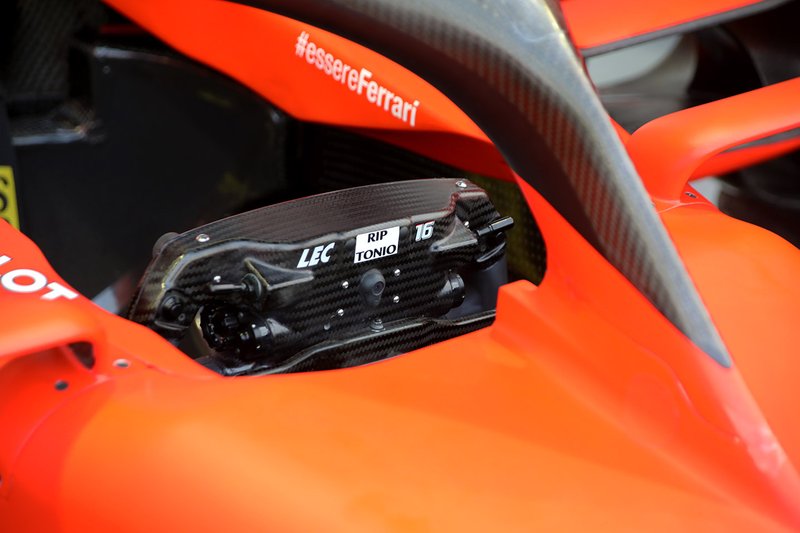 What Bottas has learned from Hamilton