Ferrari Formula 1 driver Charles Leclerc says he is completely to blame for his clash with Max Verstappen that earned him a penalty and wrecked his Japanese Grand Prix. 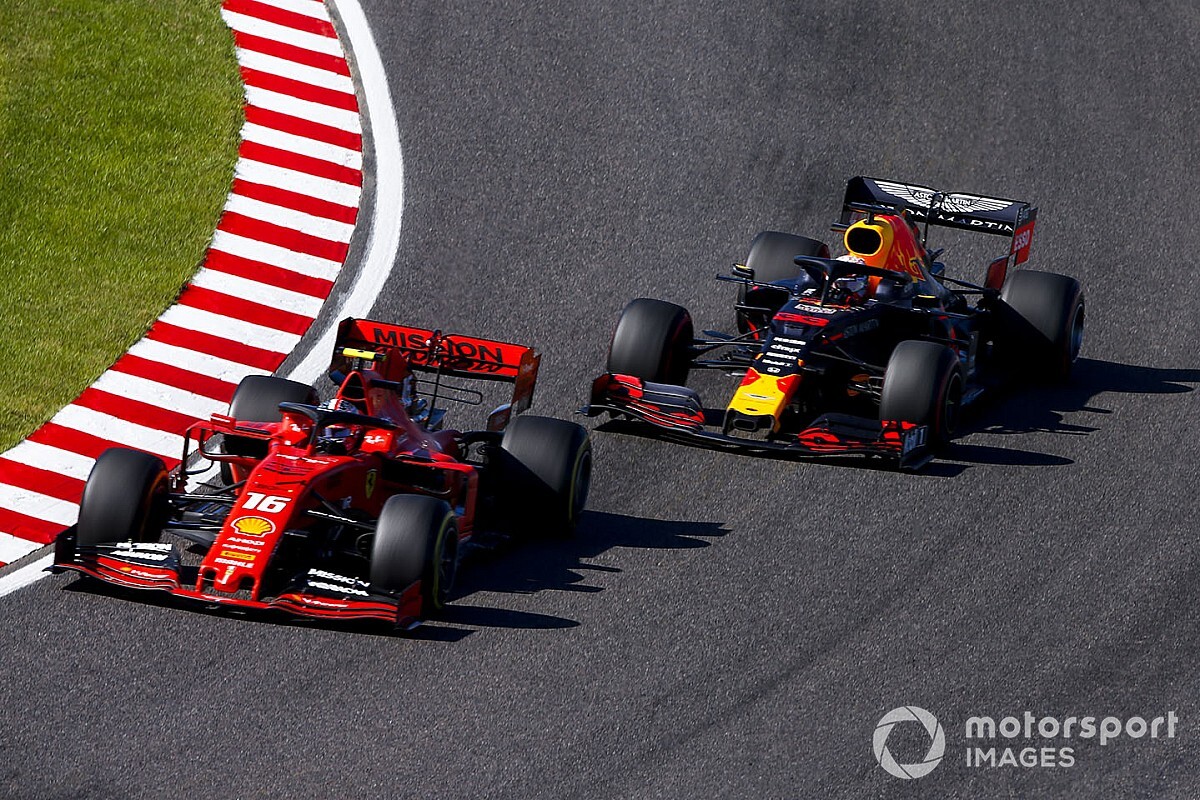 Leclerc had a slow start from second on the grid and was passed by Verstappen on the outside into Turn 1, then misjudged his speed into Turn 2 and ran wide into the Red Bull.

The clash forced Verstappen off-track and damage forced him to retire early in the race, while Leclerc eventually pit for a new front wing and recovered to sixth before penalties for the contact and staying out too long with damage dropped him to seventh.

Leclerc said: "I had a poor start. I got a little bit distracted, I saw Seb moving a little bit [when poleman Vettel jumped forward before the lights went out] and then my reaction time was very poor.

"The start was not so bad but the reaction was very poor.

"And with Max I just did a mistake, clearly. I was on the inside and being behind Seb and Lewis I lost the front a little bit.

"Normally you need to anticipate those things and I didn't. Yep, I'm the one to blame."

Leclerc continued with a broken front wing until the third lap, which meant his damaged car initially scattered debris to those behind – and also damaged his left wing mirror.

Footage showed Leclerc physically hold his mirror in place on the run to 130R and then taking the corner one-handed.

It eventually fell off completely, but Leclerc said there was no significant impact on his car's performance once he had a new front wing.

"From a driving point of view I was losing a bit more the front," he said. "Overall I don't think it was costing too much. Mostly because it was giving understeer.

"If it had affected the rear of the car I would have lost quite a lot more but that's it."

Initially, the Leclerc/Verstappen clash was noted but deemed unworthy of investigation.

A few laps later, the stewards opted to overturn the original decision.

FIA race director Michael Masi explained: "Some new evidence became available which they didn't have available at the time, and they chose to effectively reopen the investigation.

"With what was available to them originally, they made a determination that there was no investigation necessary.

"Then they got some other footage which they didn't have and were well within their rights [to reconsider because] there was a new element, and they've reopened it."