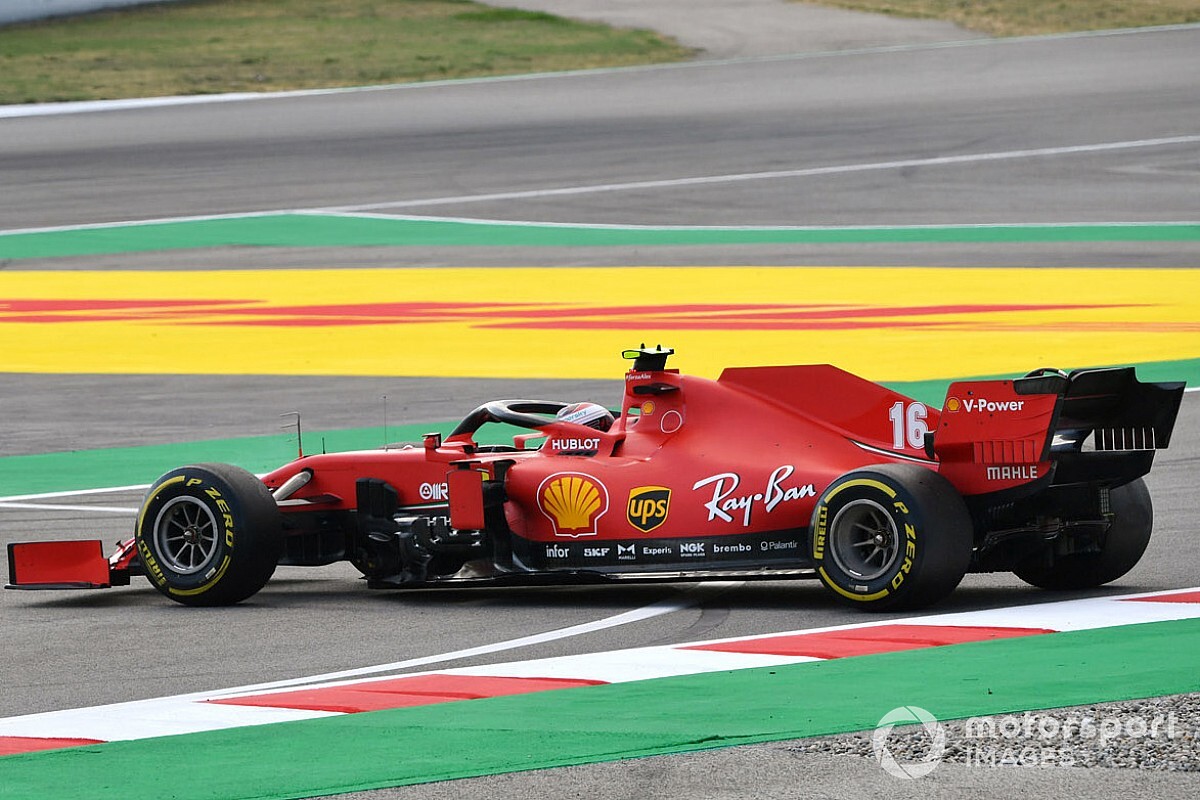 Charles Leclerc was prevented from rejoining the Spanish Grand Prix after pitting to have his seatbelts tightened as Ferrari had to investigate an issue with his Formula 1 power unit.

Leclerc was running 11th at the Circuit de Barcelona-Catalunya before hitting the kerb at the exit of the final chicane, causing him to spin.

The hit with the kerb caused an electrical issue on Leclerc’s Ferrari power unit that saw him lose power, leaving him stranded at the final corner.

Leclerc undid his seatbelts and was preparing to get out of the car when the engine turned back on, allowing him to rejoin the race, albeit in last place.

But after being forced to pit so his seatbelts could be re-fastened, Leclerc was then wheeled back into the garage as Ferrari wanted to investigate the electrical issue on his power unit.

“There were two issues,” Leclerc explained. “The first one is that the engine switched off, and then I tried to switch it on again.

“Unfortunately the race was already over before that when the engine switched off. It’s a shame, but we’ll work to try and understand what went wrong.”

Leclerc had been in the running for some points after sitting ninth through the opening stint of the race, saying he was “very happy” with how it had gone up to his spin.

“We were in a very good place, the one-stop strategy was working very well,” Leclerc said.

“We had a very good first stint on the softs that we managed to keep until the end, [but] surely we would like to be more competitive than that.

“I believe that I did quite a lot of improvement compared to last year in tyre management. I also he car is probably easier to manage during the race stints.

“The main target now is to improve the overall pace of the car.”

Yellow flags were shown at the final corner following Leclerc’s spin, but FIA race director Michael Masi revealed that the officials were close to deploying the safety car.

“I was listening to Charles’ radio, and obviously his communication with the team,” Masi said.

“[We were] obviously monitoring with the engine still going, and got in contact with the team immediately to see if he was going to restart or not.

“It was close [to being a safety car period], is probably the easiest way to put it.”

The "shock" that gave Mercedes its edge back in Spain