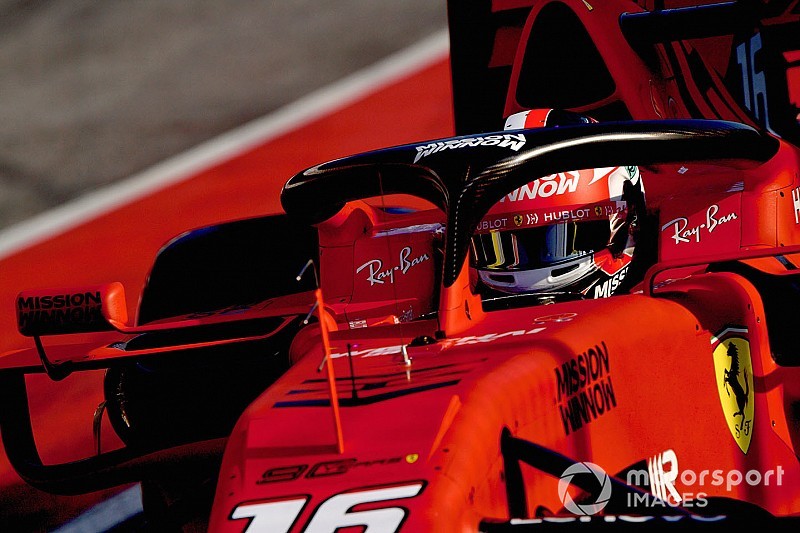 Charles Leclerc says it will be a “good sign” for him to give Ferrari the problem of managing him alongside Sebastian Vettel.

The highly-rated youngster has been signed by Ferrari after just one season in F1 with Sauber and Vettel has said he expects to be pressured by the Monegasque.

New Ferrari team principal Mattia Binotto has said Vettel may be prioritised while Leclerc settles in, but  added he hopes to have the “problem” of managing two top-line drivers.

Asked by Motorsport.com if he accepts he will need time or hopes to cause Binotto that headache swiftly, Leclerc said: “Obviously I will be happy if I get used to this car as quickly as possible and I’m straight on pace!

“I’m realistic too. It’s only my second season in F1 and I have a lot to learn. There’s a long road ahead.

"But I can’t hide that I’m pushing to be as ready as possible for the first race.

“If Mattia has the problem to manage two quick drivers then it’s a good sign for me. But for now I’m just focusing on myself, trying to improve every lap I’m doing in the car.

“It’s a top team, there are procedures that are quite different to the team I was in before. There’s a bit of adaptation.”

Vettel has talked up his young teammate on-track and off it, and stressed the importance of the two drivers working together.

Leclerc says he has already seen the benefit of the four-time world champion’s experience.

“In terms of driver feedback, Seb is very strong with that,” said Leclerc. “He has very good technical knowledge, so on that I can definitely improve, but I’m pushing massively.

“I’ve spent the last five or six weeks in the factory to try to understand the systems a bit more, which I think was one of my weak points last year, and try to get better at all of these things.

Ferrari did not end the first pre-season test at Barcelona at the top of the times but is considered the early 2019 benchmark.

That means Leclerc could head to the season-opening Australian Grand Prix with a genuine shot at his first F1 win on his Ferrari debut.

“I’m not really focusing on the result at the moment,” he said.

“If I focus on myself, trying to do the best job possible in the car and outside the car then I’m sure the results will come at one point.

“I don’t want to put in my head that I need to win the first race.

“I just want to grow as much as possible to the first race, be as comfortable as possible in the team and with the car, and then the results will come.”