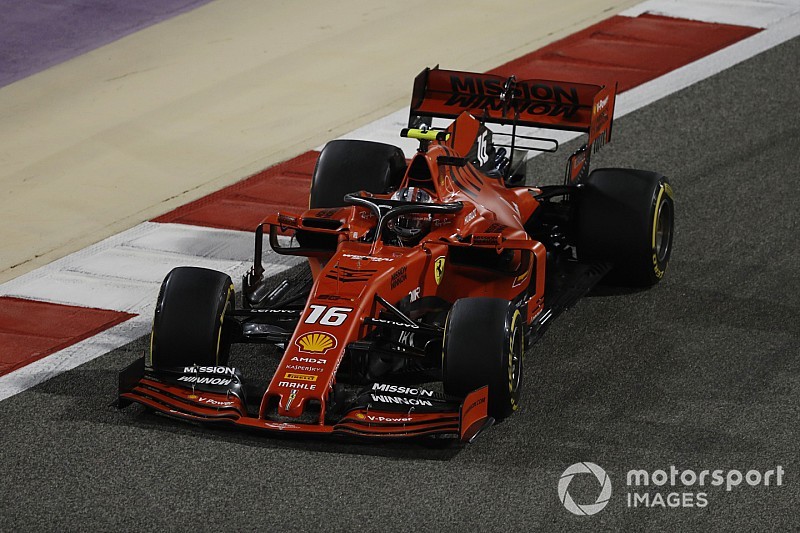 Ferrari has revealed that an unprecedented short circuit within the control systems of the engine was the cause of Charles Leclerc’s problem in the Bahrain Grand Prix.

Leclerc had looked on course to take his maiden Formula 1 victory, but slowed with just more than 10 laps to go as his engine dropped a cylinder.

The lack of power allowed Lewis Hamilton to overtake Leclerc and go on to take the win, with Valtteri Bottas also getting past to take second.

Ferrari flew the power unit back to its Maranello base for a thorough inspection and have discovered that the issue was caused by a short circuit within an injection system control unit.

A statement from the team said: “This type of problem had never been seen before on the component in question.”

With the cause of the fault having been discovered, Ferrari is confident that the power unit can be put back into action and the plan is to fit it back in to Leclerc’s car for the next race in China.

Despite losing the chance of his first win, Leclerc was keeping positive about the form shown by Ferrari in Bahrain as he took his maiden podium.

Speaking after the race, he said: “Obviously it's a big disappointment, not only for me but for the whole team, to not finish where we deserved to be. But we should be happy and proud of what we achieved.

"We will work on the issue but I'm completely confident they will find what the issues are and they will be fixed for the future."