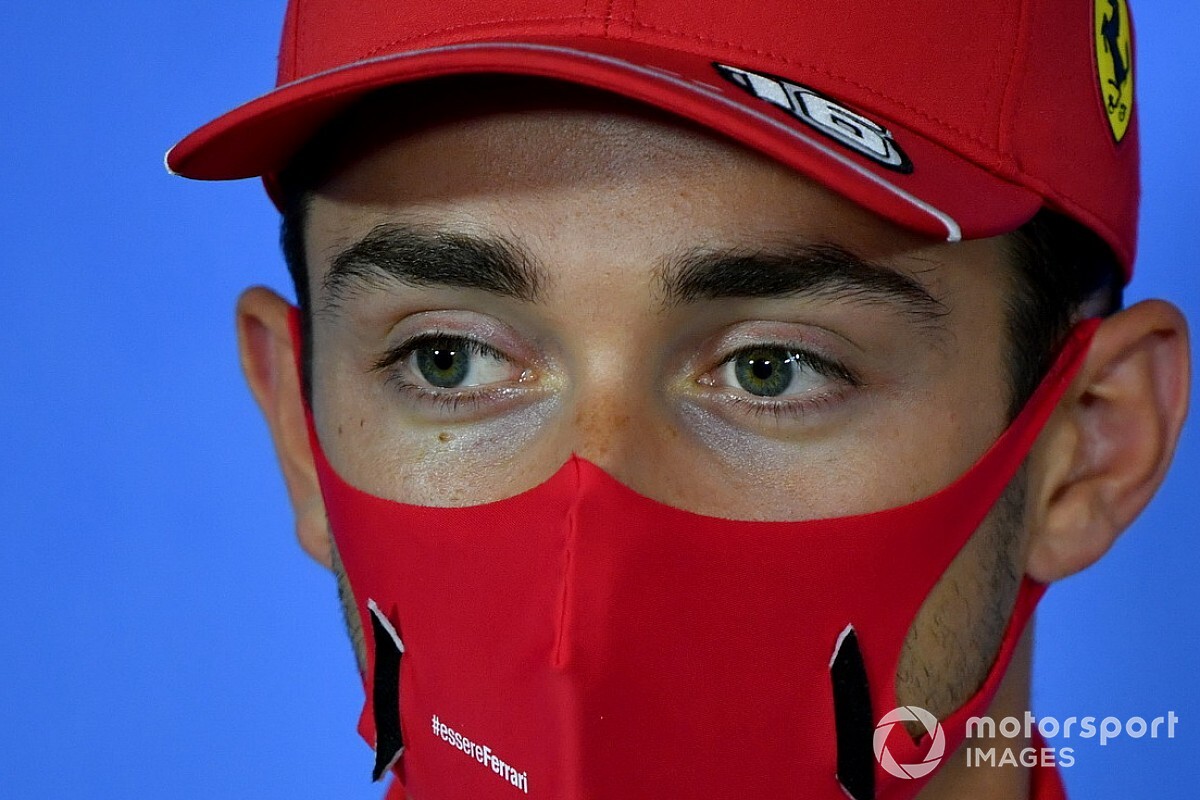 Charles Leclerc says he is "99%" sure that Ferrari is going to face a more difficult campaign than it had last year.

With the Italian outfit having elected to revamp its current car after a disappointing pre-season test, it knows that until the changes come on board for the Hungarian Grand Prix then it could struggle.

The wait for the upgrades could be enough to allow rivals Mercedes and Red Bull to pull clear and, if the season ends up being truncated, then the lost ground could wreck any hopes of a title challenge.

Reflecting on the team's situation ahead of the season-opening Austrian Grand Prix, Leclerc said: "I think it's going to be a very challenging season for us. It's definitely not going to be easy.

"We still have this question mark, and we still have to wait for qualifying to be sure about what we say: even though we are 99% sure that we will be struggling more than last year."

Leclerc said that Ferrari's decision to go for a car revamp came during lockdown, when the team had more time to look back over the data from testing than it had had before the original season start in Australia.

"I think after the testing, we more or less knew that we were not where we wanted to be, especially on the qualifying pace," he said. "Then there's been this whole situation with coronavirus, everything was closed.

"Once they reopened, we re-analysed the data with the small amount of time we had, and I think we decided to make a step back to try and analyse from where the issue is coming from first, to then work on the issues.

"That's where we're at at the moment. We have tried a different route for Budapest."

Teammate Sebastian Vettel said he was intrigued to know just where Ferrari will stack up this weekend after its disappointing showing in pre-season testing.

"I think after the test in Barcelona, it was clear we were not where we wanted to be," he explained. "Obviously we were excited to go to Australia and see if that was true or not. I think in a way the same is true for here.

"It will be interesting to see where we are, to get an answer on that, and then we have to take it from there. I think at this stage, also it's unknown how long the season would be.