Leclerc "focussing on the negatives" despite wins 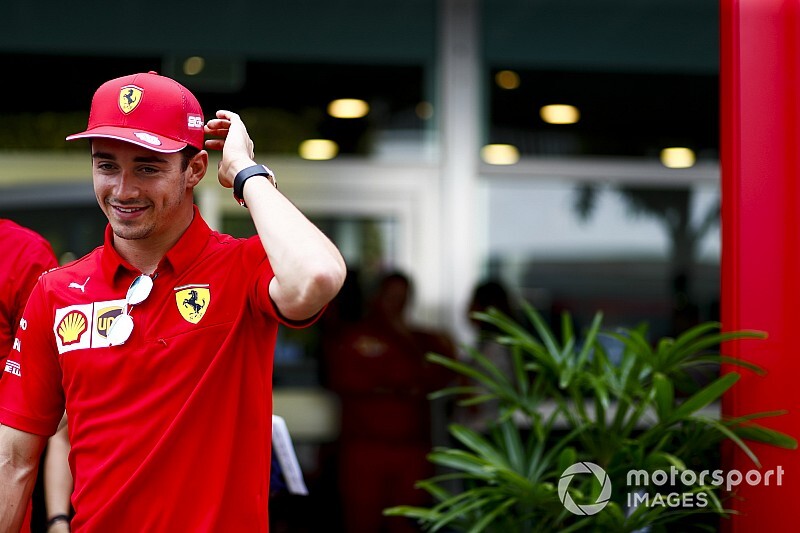 Ferrari's Charles Leclerc says he is trying to "focus on the negatives" from his first two Formula 1 wins in the Belgian and Italian Grands Prix.

Throughout his short F1 career so far, Leclerc's ability to self-improve after errors and underperformance has been highlighted as key to his rapid progression.

He said he was trying to keep that mindset even after the success of back to back wins.

"I always focus on the negatives," said Leclerc ahead of the Singapore GP.

"Even after a win, even after a weekend that looked perfect from the outside, there is always something that you can improve and especially in myself, at only 21 years old, I have a lot to improve still.

"So I always focus on the negative, try to understand that and try to work on that for the race after."

"There are a few things I can still improve. But on these two things, this is where my focus is."

The Monza result moved Leclerc 13 points ahead of teammate Sebastian Vettel into fourth place in the drivers' championship.

But he denied feeling he was now Ferrari's number one driver.

"I have never felt that way," Leclerc insisted. "From the outside I don't know if it looks different or whatsoever, but from the inside of it, it is very balanced.

"There have been situations in the past where I have helped Sebastian and some others where Seb helped me and I think that is the way forward for the team."

Vettel had expressed frustration that the Q3 mess at Monza meant he did not get the tow from Leclerc that he had been promised.

Leclerc underlined in Singapore that he had not deliberately tried to compromise Vettel.

"It was a very tricky situation at the beginning of the lap with the big mess," he said. "I don't want to talk about it again, but it made us quite late to go to the finish line. There was definitely no want from me to sacrifice Seb's second lap or whatever."