Charles Leclerc and Ferrari kicked off 2020 Formula 1 track action when they conducted an 18-inch Pirelli tyre test at Jerez on Saturday. 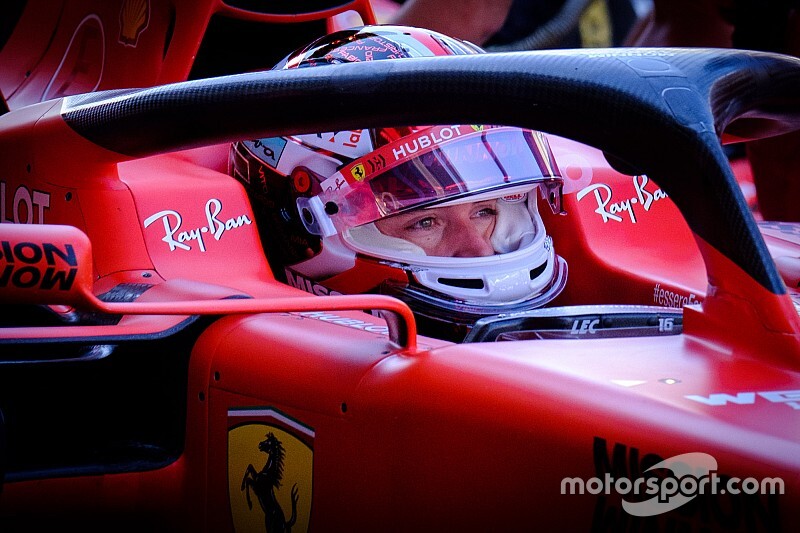 It was the first of 25 days of dedicated testing for next year’s tyres, with the running shared across all 10 teams.

After fog delayed the start to the day, the Monegasque driver completed 130 laps at the wheel of a modified SF90 mule car.

Ferrari declined to allow the Italian tyre company to release any pictures of the car in action.

All teams have committed to building 18ins mule cars, which will also be used in the post-season test in Abu Dhabi.

Teams will do two days of dry running apiece, while the top three – Mercedes, Ferrari and Red Bull – will share five extra days of wet-tyre running between them.

The schedule reflects the fact that most of the midfield teams have chosen to wait until the middle of the season before their 18ins tests, in order to get through the busy opening part of the season without the distraction of preparing and running their mule cars.

Some teams have chosen to do their two days back-to-back, while others – notably Mercedes and Ferrari – have preferred to split their dry running across different venues at opposite ends of the season.

Ferrari is the only team to run an 18ins test before the start of the season, with a wet day at Fiorano also pencilled in prior to Australia.

Tests have been scheduled in the days after the races in Bahrain, Spain, Austria, Britain and Japan, with the rest of the running focussed on Paul Ricard.

The full Pirelli schedule is as follows: