Leclerc not "suffering" from Ferrari pressure 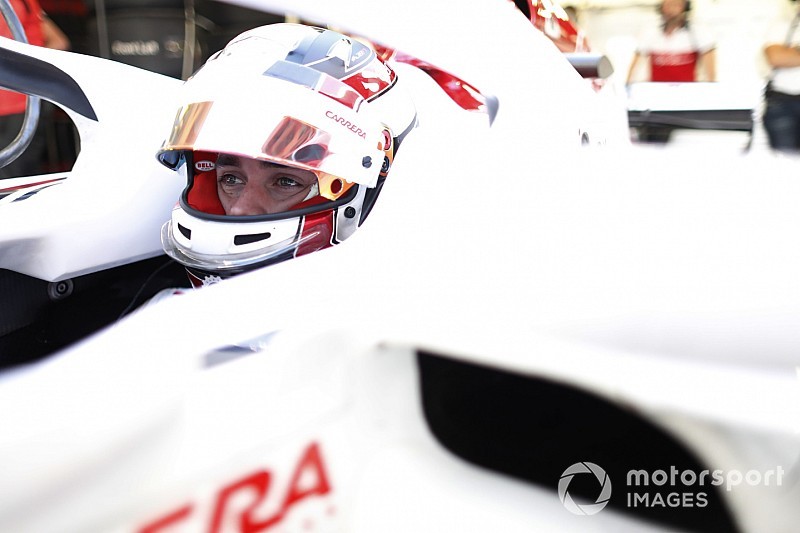 Charles Leclerc insists he is not suffering any pressure from the expectations surrounding his move to the Ferrari Formula 1 team in 2019.

Sauber rookie Leclerc has been a revelation in his first year in F1, netting a best result of sixth in only his fourth race and scoring 27 points.

The 21-year-old has been a Ferrari protege since 2016 and, after graduating to F1 as the reigning Formula 2 champion, has earned an immediate promotion to the Maranello team.

"I always wanted to go there as soon as possible," said Leclerc.

"The pressure is not something I'm suffering from. I don't think this will be an issue next year.

"Obviously already this year there was quite a bit of expectations on me doing well, and again next year it's more or less the same thing.

"So, I'm just trying to focus on my job, and trying to extract all these expectations out of my mind, and to really 100% focus on what I do behind the wheel."

His former karting and European Formula 3 rival Esteban Ocon even thinks Leclerc can fight for the title in 2019.

Leclerc said: "For sure it's a huge privilege to hear that, but I think it's extremely important for me to keep the feet on the ground in this position.

"I believe it's quite easy, especially at my age, to try and become a bit crazy about all of this.

"So I try not to think about it too much, try not to listen to the people that are telling good about me, and then try just to focus and improve myself."

Raikkonen built a strong working relationship with Vettel, who has already outlined how important it will be for him and the young Monegasque to develop something similar.

"He is young, so he will have a lot on his head and a lot of things in his mind," Vettel told Motorsport.com.

"For the team, we need to work together on track. I am sure he wants to beat me, [and] I want to beat him, the rules are clear. The key is that we work together."

Team boss Maurizio Arrivabene said Vettel and Leclerc can "absolutely" become a close-knit pair next season and that the team's young charge can learn "without pressure".

"Charles has known him since 2016, when he signed his first contact, and we saw that he was a boy with great talents, as he later confirmed this season," Arrivabene said.

"Next year his goal will be to gain experience. This is the most important aspect: avoiding mounting his head, and learning from Sebastian.

"He will have to absorb the tricks of the trade, like a sponge, from an experienced driver like Sebastian."

How much did controversial wheels help Mercedes?