Leclerc to take "quite a bit of risk" to outscore Verstappen

Ferrari Formula 1 driver Charles Leclerc intends to "take quite a bit of risk" at the start of the season finale in Abu Dhabi in order to beat Max Verstappen to third place in the standings. 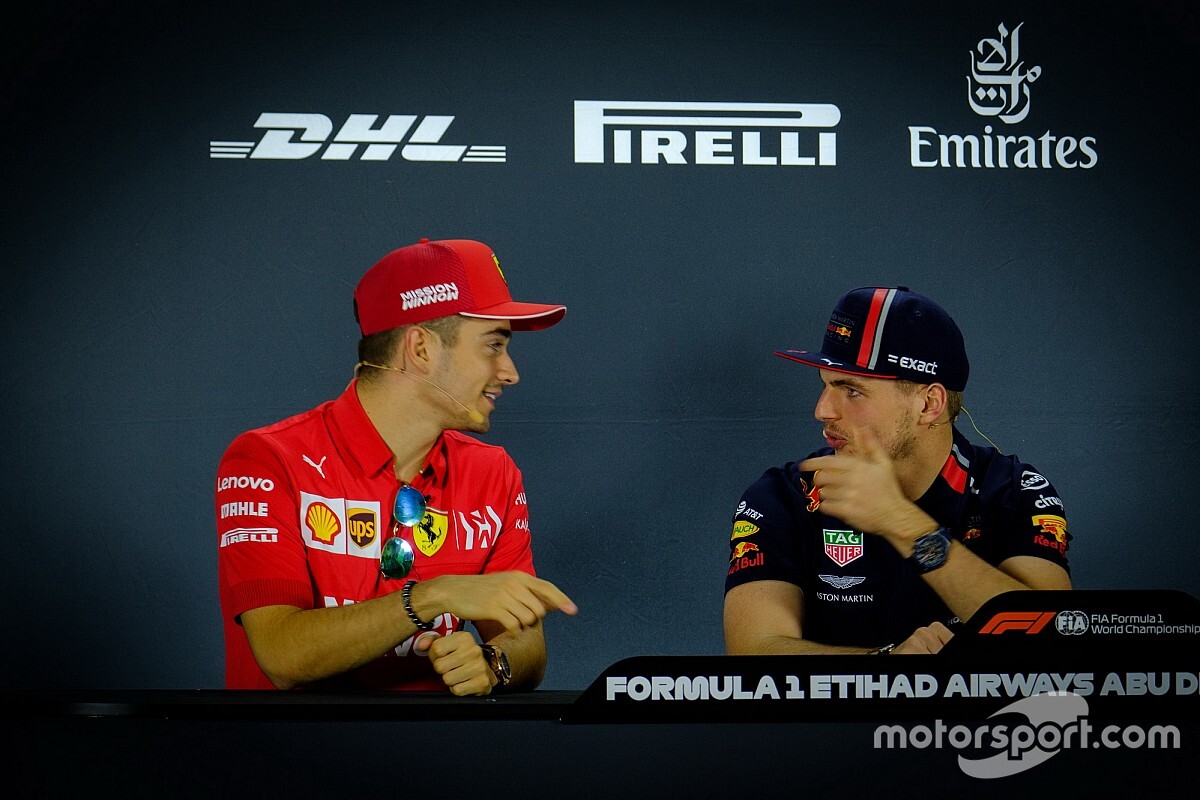 Leclerc will line up third, one place behind Verstappen, on the grid on Sunday, and currently trails the Dutchman by 11 points in the standings.

He will need to finish in the top four and have Verstappen drop 12 points or more relative to him, as the Red Bull driver has three wins to Leclerc's two and will stay ahead in the standings in any scenario in which they finish level on points.

“I will take quite a bit of risk at the start,” Leclerc pledged. “I need to take some risk, I need to finish in front of Max for the championship.

“I will definitely give everything in the first few laps, I don’t have much to lose tomorrow.

“We are fighting Max for third in the championship, we are starting more or less side by side, so it should be an exciting race tomorrow.”

As he looked to start his final flying lap in the last segment of Abu Dhabi qualifying, Leclerc crossed the line just after the chequered flag signalled the end of the session, the Monegasque having had to wait behind teammate Sebastian Vettel and the McLaren of Carlos Sainz.

He said that while he understood the circumstances he ultimately found himself in, Ferrari needed to assess what happened because it was “not like Seb was slowing down unnecessarily”, suggesting there had been a miscalculation.

“I have no idea [what happened], said Leclerc. “But it’s life, sometimes it happens. I don’t know if the situation was unlucky or we could have done anything better.

“We’ll analyse it and try to understand for it to not happen again.”

Leclerc added: “We are the only one not able to complete a lap, which is a big shame.

“Everyone slowed down in the last sector and we were in a situation where we couldn’t do much apart from starting the lap two tenths off Seb, which would have had the same result, I wouldn’t have improved.”

It has become common to see drivers holding back at the end of laps to ensure they have a gap to the car ahead.

Vettel, who will line up fourth, was also compromised by Sainz ahead and though he made it across the line in time he failed to improve on his final run.

“I had to limit the gap to the car in front, around four seconds which is probably even too close,” said Vettel.

“Tyres were cold anyway and I lost it already into the first corner. I lost the shot there. There were too many cars queueing.”

Leclerc said he did not want “to create a huge mess” by overtaking Vettel to save his own lap.

“I stayed behind, but I knew it would be tight,” said Leclerc. "I had the five-second margin call at the beginning of the lap [at the exit of Turn 3] and we were going way slower than the margin.

“I knew what time was left, I didn’t want to pass Seb because that would not be fair, but we need to analyse because these things cannot happen.”