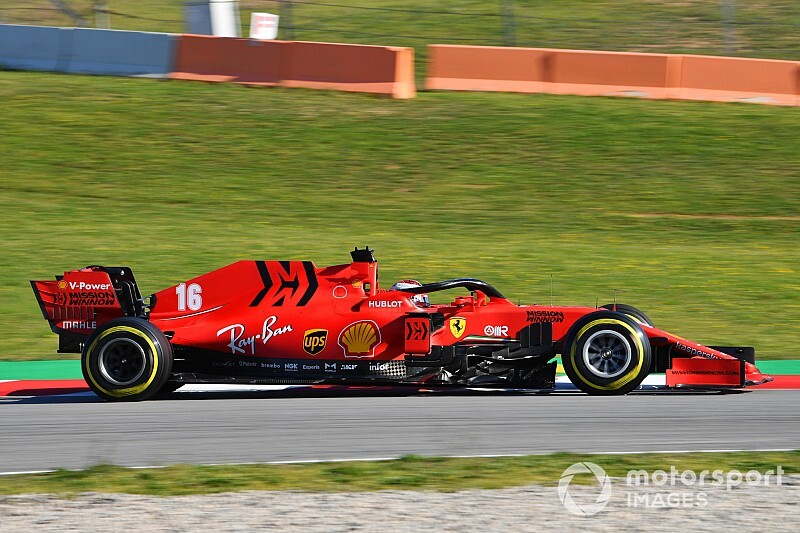 The FIA announced last month it had reached a private settlement with Ferrari regarding its 2019 power unit after repeated questions about its legality through last year.

The statement did not confirm the engine had been legal, with its issuing sparking fury from Ferrari's rivals.

Seven teams jointly issued a statement saying they were "surprised and shocked" by the FIA's statement, adding they could seek legal action.

Leclerc - who won two F1 races for Ferrari last year - expressed his full faith in the team when asked by Motorsport.com for his thoughts on the matter.

"I fully trust my team, that's for sure," Leclerc said. "I trust the FIA for making sure everything was OK. For me, it's done. I look to the future."

Leclerc said he felt the team's looking to challenge the settlement should trust the FIA and understand why the details have been kept private.

"They should trust the FIA for doing their work," Leclerc said.

"I think it's completely understandable that they don't explain absolutely everything because there is a lot of work also for us on all the parts.

"If you make all of this public, then you make all the work that the team has done public. This is, for me, understandable."

Leclerc's Ferrari teammate, Sebastian Vettel, offered a similar response, urging his rivals to have faith in the FIA's decision-making.

"I trust my team to do the right things, within the regulations, at all times," Vettel said.

"I think we all trust, all drivers, the FIA to do their job for all teams on the grid. I think that's probably the answer, so there's not much else to add.

"If you have further detailed questions and so on, then I'm not the one to answer because I think the cars are quite complex now, so probably I'm not the best person to give you enough insight."

Lewis Hamilton said that while he did not see any spill-over of the matter into his own personal relationship with Vettel, it could have been dealt with in better fashion.

"I think that what goes on in the background between teams and the governing body is a separate issue," Hamilton said.

"I think it could have been handled better, for sure but again, that's really something that should be directed to Toto [Wolff]."

Renault not ruling out Vettel if Ricciardo leaves