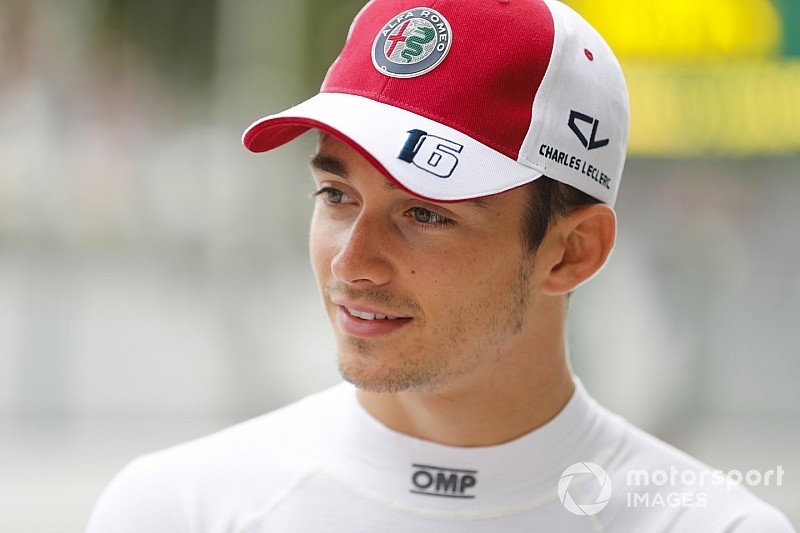 Charles Leclerc will join Ferrari for the upcoming Pirelli tyre test that the Italian squad will carry out alongside Mercedes at the Paul Ricard circuit.

It will mark the first time Leclerc is at the wheel of the Ferrari SF71H since having been announced as a race driver for the Maranello squad next year.

The test, which will take place on Thursday and Friday, is key for Pirelli as the F1 tyre supplier approaches the conclusion of its 2019 development programme.

Although a couple of sessions remain on Pirelli's schedule, this week's running is regarded as important, not least because it is being undertaken the two top teams and thus the fastest cars on the current grid.

In addition, it is the last test before next year's constructions have to be signed off with the FIA.

Both teams have already conducted 2019 wet test days for Pirelli, but this will be the first time that they have run the slicks.

Valtteri Bottas will be present for Mercedes, while Leclerc will join Sebastian Vettel at Ferrari.

"In terms of construction we are at the end of our development, because October 1 is our deadline to supply the data for the new construction, so it's final validation.

"We tested different constructions during the year, converging towards the final one for next year.

"We still have to test some new ideas and constructions, and obviously from this test we have to define the 2019 tyres. To have the two top teams is important to ensure that the validation is successful."

The remaining tests, with Renault after the Japanese GP and Sauber after the Mexican GP, will focus on compounds.

The definitive tyres will then be run by all teams immediately after the Abu Dhabi GP.

"To be honest, it's good that we have all the teams attending sessions, because we don't want to design a tyre that's just for the top teams," Isola added.

"The fact that we have all the teams involved means that we can understand on different cars how the tyres are working. It's always the best solution."