Vasseur points to Leclerc trait that "only champions" have 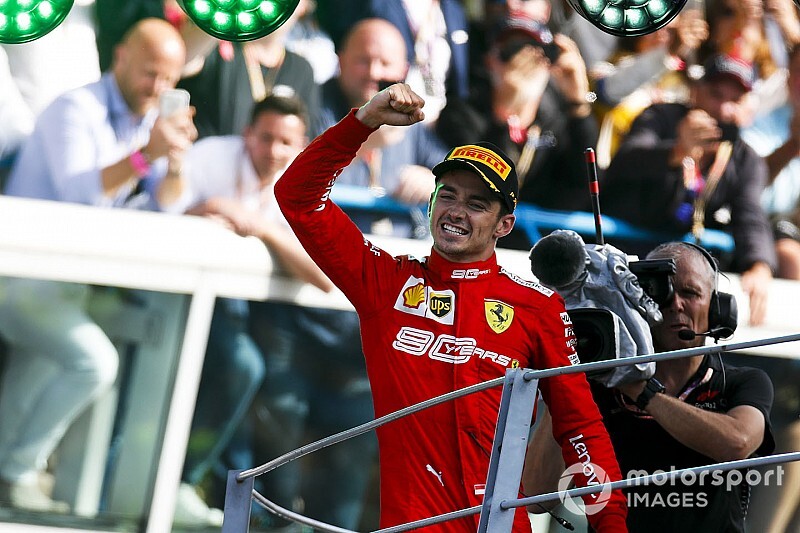 Leclerc enjoyed a stellar second season in the sport in 2019, often eclipsing Ferrari teammate Sebastian Vettel on his way to fourth place in the drivers' championship ahead of the four-time champion.

The Monegasque, who made his grand prix debut with Sauber (now Alfa Romeo) in 2018, scored two wins and seven poles during his sophomore year.

Leclerc also made some costly mistakes - notably in Azerbaijan and Germany - which he owned up to, something Vasseur reckons is part of what makes the 22-year-old a champion.

"I think it's one of the characteristics of Charles, but mainly of champions, [to be] very, very self-confident in the car, and they can sometimes be able to do things coming from the moon because they have a huge self-confidence," Vasseur said.

"And this self-confidence allows them, when they are out of the car, to have self-criticism, to blame themselves, because they know perfectly that they have the potential, they are a champion, and they can say 'okay, I had a poor drive today.'

"And it's only a champion who is able to say something like this. On paper they are better than the others, but he's able to blame himself – 'OK, forget the session, I had a poor drive.

"And it's good for the team because when it's not the case, they could bring you in the wrong direction."

Vasseur, who was Leclerc's team boss at Sauber, admitted he was delighted for the Monegasque, who he reckons deserves his success "200%".

"I'm pleased for him because he did a great season that could have been perhaps a bit better without Bahrain and other races, but he did a great job," he said.

"He's got incredible pace in qualifying, this is quite impressive. I'm more than happy for him because for me he deserves it 200%. He's the only one that I keep an eye on."

Why F1 might suddenly face an urgent engine-supply crisis

Why Red Bull had to swoop early to keep Verstappen