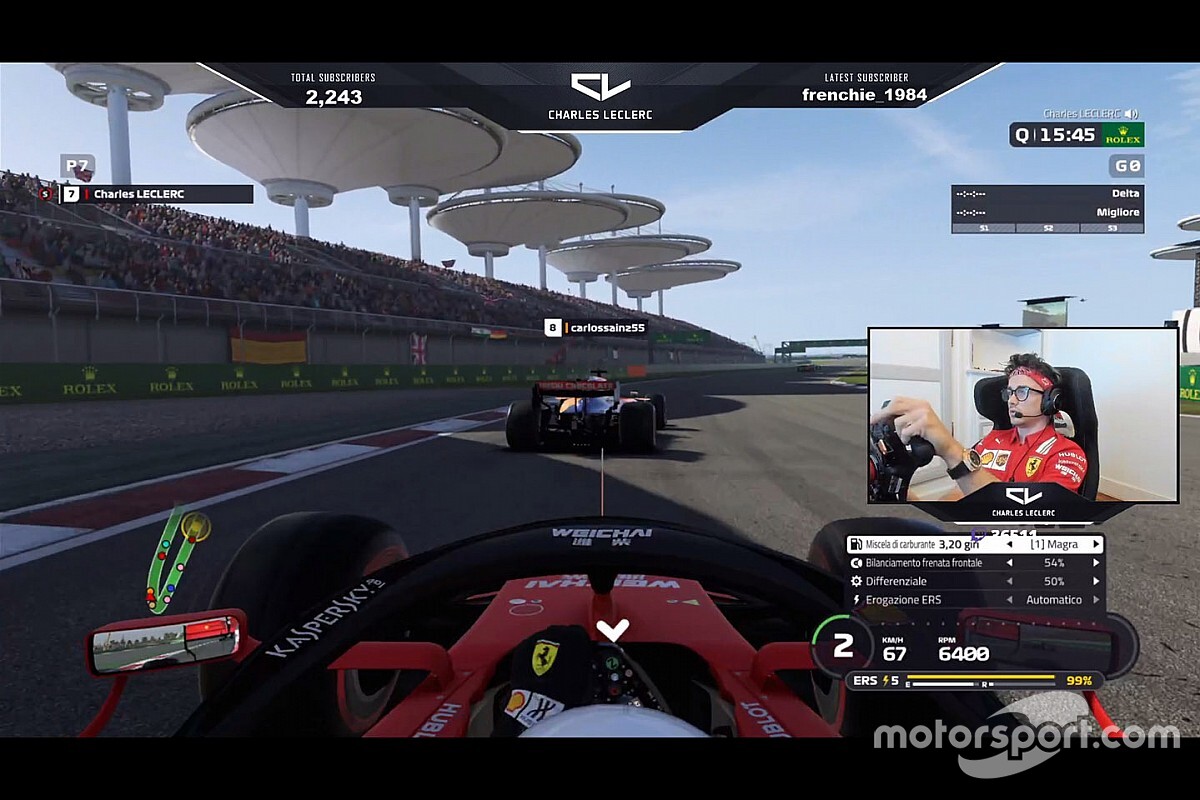 Charles Leclerc says his Twitch video streams offer a better glimpse of the "real" him than how he comes across at actual Formula 1 weekends.

The Ferrari driver has become a star in sim racing, having won two races in F1's official Virtual Grand Prix series and attracting a loyal audience on his own gaming broadcast channels.

Reflecting on the stir he has made, Leclerc said that the fun-loving attitude he showed when streaming was much more natural that the intensity often on display at grands prix.

"Streaming on Twitch, this was something I definitely did not expect to enjoy and I never saw myself doing that," said Leclerc, speaking to selected media including Motorsport.com via video call from his apartment in Monaco.

"But actually I really enjoyed it and I think it is the closest for people that follow me that you can get of the real me. At the F1 track obviously it's different, there's a pressure and things like this, so to be yourself is a bit different.

"Now on Twitch obviously, playing with the other drivers and, being friends as well, we all know each other since quite a long time with Lando [Norris], George [Russell], Alex [Albon]. So yeah, we can be ourselves and I enjoy it a lot more than I thought."

Leclerc has been playing a range of games with his F1 driver friends, and even devoted several hours recently to playing a truck simulator game with Williams' Russell.

While such antics may be a world away from the world of F1, the Monegasque driver feels that it is important celebrities like him offer entertainment to those not as fortunate as themselves during the coronavirus pandemic.

"To be honest at the moment, my main priority is to try and entertain the people at home," he said. "And obviously keeping myself also entertained and try to train on the simulator.

"So at the moment I'm mostly thinking at least what ideas I can come up with to try and help the people that are at home, bored, and who don't have the chance as I do to have a simulator here: to try and put a smile on their face.

"I think it has worked pretty well with the things we've been doing with George, Alex, Nicholas [Latifi] and all the other F1 drivers involved. So that's the goal really, that's what I'm thinking mostly during the day."

Leclerc also feels that racing online is allowing him to stay mentally sharp at a time when there were no other opportunities to drive.

"I think the sim racing is helping me to stay focused on the goal and to remember that I'm here for racing, and that I'm just yet waiting to get back in the car," he said.

"So yeah, we still have the competition in mind by doing races online and this helps us to go through these strange times."

For more on the exciting world of Esports, check out Motorsport Games 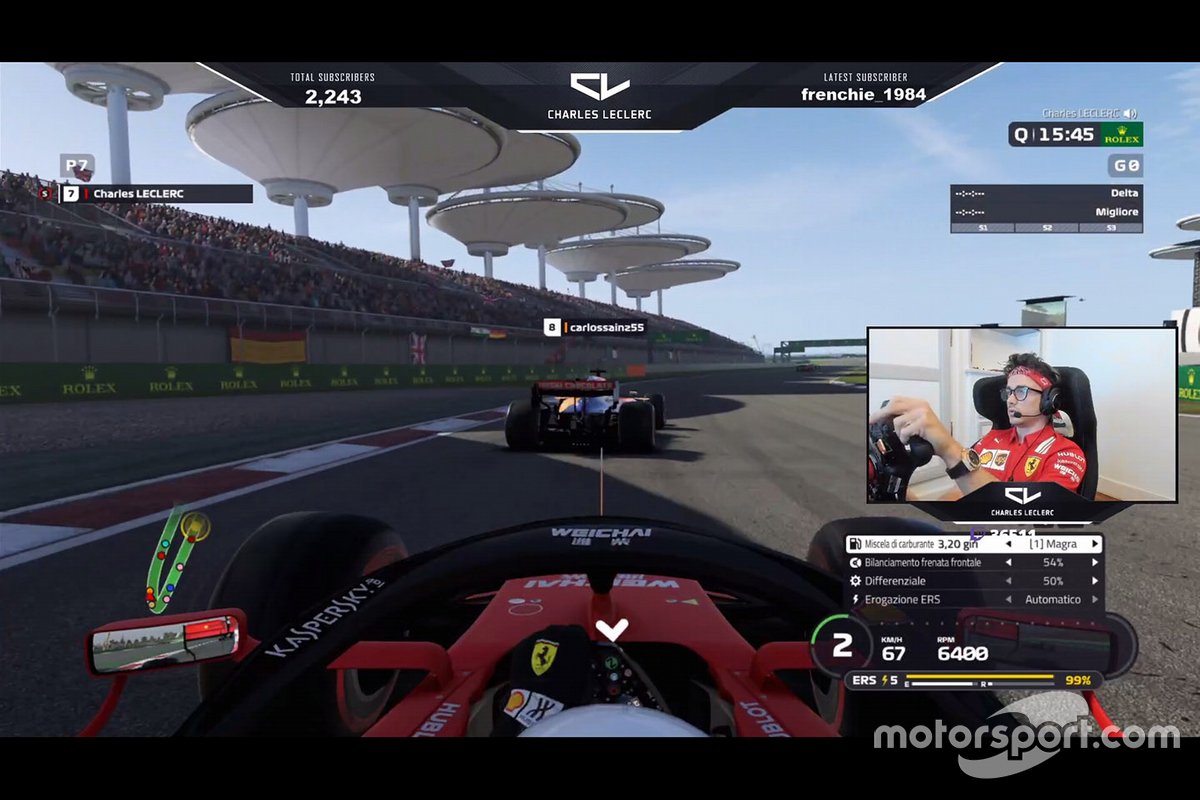 New F1 podcast: Is It Just Me?