Leclerc says he did a "very bad job" in Q3 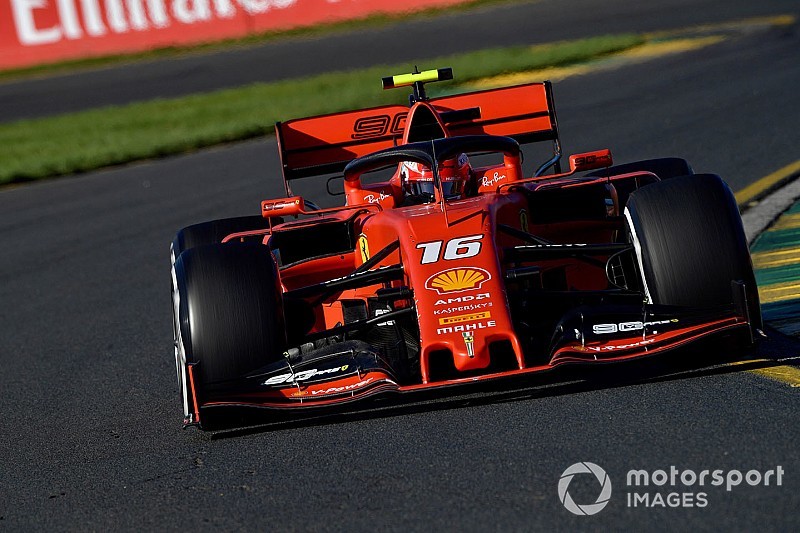 Charles Leclerc admitted he did a "very bad job" in his first qualifying session with Ferrari ahead of Formula 1's Australian Grand Prix.

The Monegasque driver was quicker than teammate Sebastian Vettel in both Q1 and Q2, but ended up fifth on the grid behind the two Mercedes cars, Vettel and Red Bull's Max Verstappen.

Leclerc, who had been quickest of all in the first qualifying segment, took the blame for the disappointing showing.

"Very disappointed with myself," said Leclerc. "I was not here when I had to in Q3. It's all up to me.

"I did a very bad job in the last run of Q3 and unfortunately it showed on the laptime.

"That's life. I will learn from it and I'll come back stronger."

"I locked my front wheel in the first corner of the second lap and I locked the front wheel and I lost quite a bit of time," he explained.

"Then overall the lap was pretty poor. I did some mistakes here and there."

Leclerc feels he had the pace to outqualify teammate Vettel, but conceded Mercedes duo Lewis Hamilton and Valtteri Bottas were out of reach today.

"Obviously there's the gap to Mercedes that I can't really explain for now and that's why we have to work very hard," he added.

"But on my side, I didn't do the job and there was definitely a bit of time, but the top two was unreachable.

"I think the potential to be top three was there."

Like Vettel, Leclerc said finishing over seven tenths of a second behind Mercedes was very surprising.

"I think yesterday they already showed very strong pace but we still had the doubt and we still had some things and they probably too but we didn't know how much.

"I think it's a pretty big shock to see how far we are."