Leclerc: Vettel and I need to be "less aggressive" in battle

Charles Leclerc says he and Ferrari teammate Sebastian Vettel will need to be less aggressive with each other to make sure that they never crash into each other again. 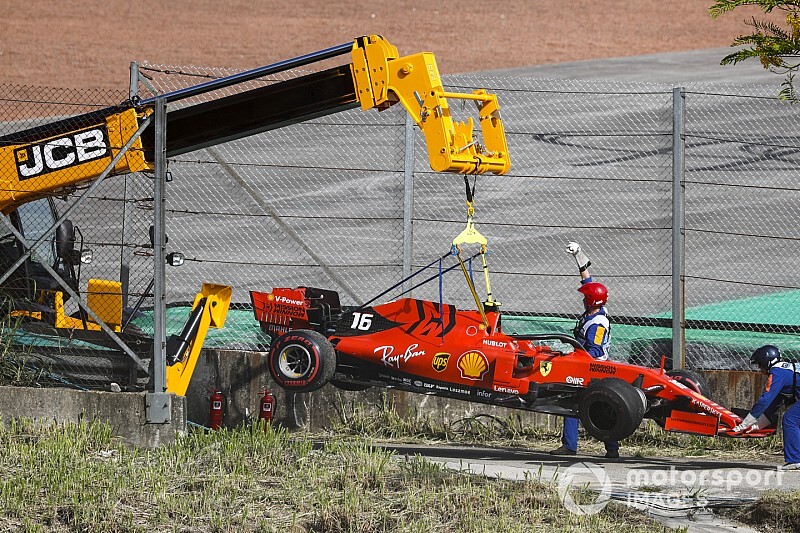 In the wake of their clash at the Brazilian Grand Prix, the pair were summoned to talks at their Maranello factory last week to address what happened at Interlagos and how to move forwards.

Leclerc says that a proper analysis of the crash was completed and the key lesson to emerge is that he and Vettel need to not race each other as hard in the future.

“We looked at it and I particularly looked at it obviously to try and understand how we could have made things better,” said the Monegasque driver.

“I think it was very unfortunate: first of all because the touch was extremely small and had a big drama after that. So that was a little bit unlucky.

While one option open to Ferrari to prevent a repeat crash would have been to impose team orders on Leclerc and Vettel to stop them battling for positions, the current stance of the pair being free to race continues.

Leclerc added: “I think this will not change. We will be able to race together.

“Obviously Seb and myself are very competitive. We both want to win but also we need to find the right compromise. We are also racing for the same team.

“Apart from that I don't think there's much we can do obviously. As I said, the consequences were huge in the last race. If you look back at the contact, it was very, very small. It was unfortunate but again we will make sure it doesn't happen again.”

Looking back at the crash, Leclerc said that both he and Vettel had to accept some responsibility for what happened.

“I think Seb should not have gone to the left and he knows it. And I probably could have done a better job of avoiding him going to the left. So both of us have a bit of responsibility.

“But I think the most important [thing] is that everything is clear. We have sat down and we move forward.”

Grosjean to use floor from winter testing in Abu Dhabi