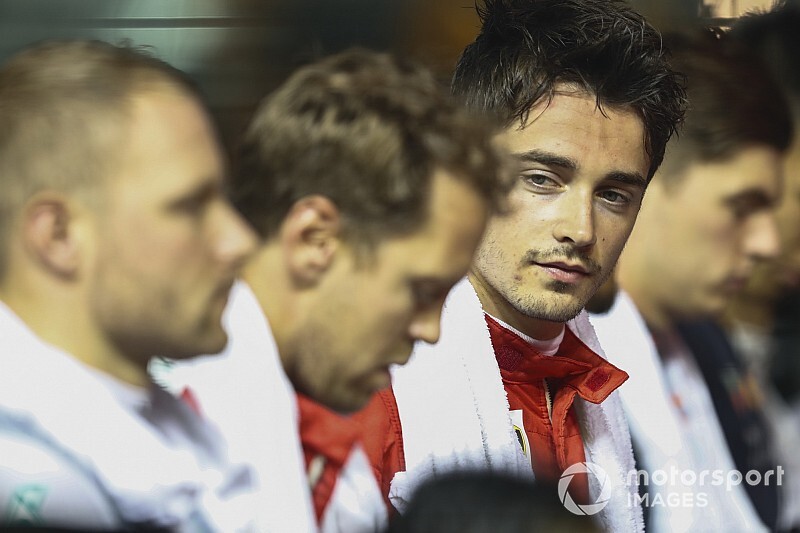 The dynamic between Formula 1 teammates Charles Leclerc and Sebastian Vettel has the potential for "a rivalry and an escalation" within Ferrari, says Mercedes' Toto Wolff.

Vettel won the Singapore Grand Prix after pitting a lap earlier than Leclerc, as the circumstances of the race meant Ferrari went against its usual policy of the lead car stopping first.

Leclerc was unhappy with the team over the radio but cooled after the race, and Vettel said that a driver would be "very misled if you ever think that you are bigger than this team".

Mercedes' driver line-up of Lewis Hamilton and Valtteri Bottas is a much stronger relationship than its Hamilton/Nico Rosberg pairing that fought for world titles between 2014 and 2016 and descended into animosity at time.

Wolff said: "I think always two alphas competing for position has the potential for a rivalry, and an escalation within the team.

"We've been there and I think today as a team we're very strong with a clear philosophy.

"On the positives, they [Leclerc and Vettel] keep taking points away from each other, which is an advantage, but I don't want to look at points at that stage.

"It's about optimising what we have, winning races and doing the best you can, and we didn't do that [in Singapore]."

Four-time world champion Vettel entered the season as Ferrari's de facto number one driver but 21-year-old Leclerc has scored five poles and two wins in his first year with the team and is four points ahead of Vettel in the championship.

Neither driver had an issue with the other in Singapore, where Ferrari's communication over its strategy was the biggest cause of Leclerc's angst.

Asked about the quality of communication inside Ferrari, Leclerc said: "The level of how much we speak in the team is very good.

"There will always be situations that you don't speak about, otherwise the meetings will be eight hours longer and I don't want that, they're already very long!"

Vettel added: "Obviously we try to speak about things in the race, what can happen and so on.

"As you might imagine, you try to get on with your job in the car but I think it's an exceptional team and the team stands first. I think we aware of that."

Vettel's early stop in Singapore was partly a reaction to Red Bull getting ready to stop Verstappen, who was running in fourth, and partly to try to get Vettel ahead of second-placed man Hamilton.

"As soon as I get the call to box, I tried to maximise as much as I could because I saw behind me Max was also pitting," said Vettel.

"I knew it was a crucial time for my race, trying to jump ahead of Lewis.

"After that I found myself in the lead and from there tried to control the pace, try to get through traffic to build a cushion to control the race to the end."

Debate: Was Singapore a sign of improved Ferrari competitiveness?