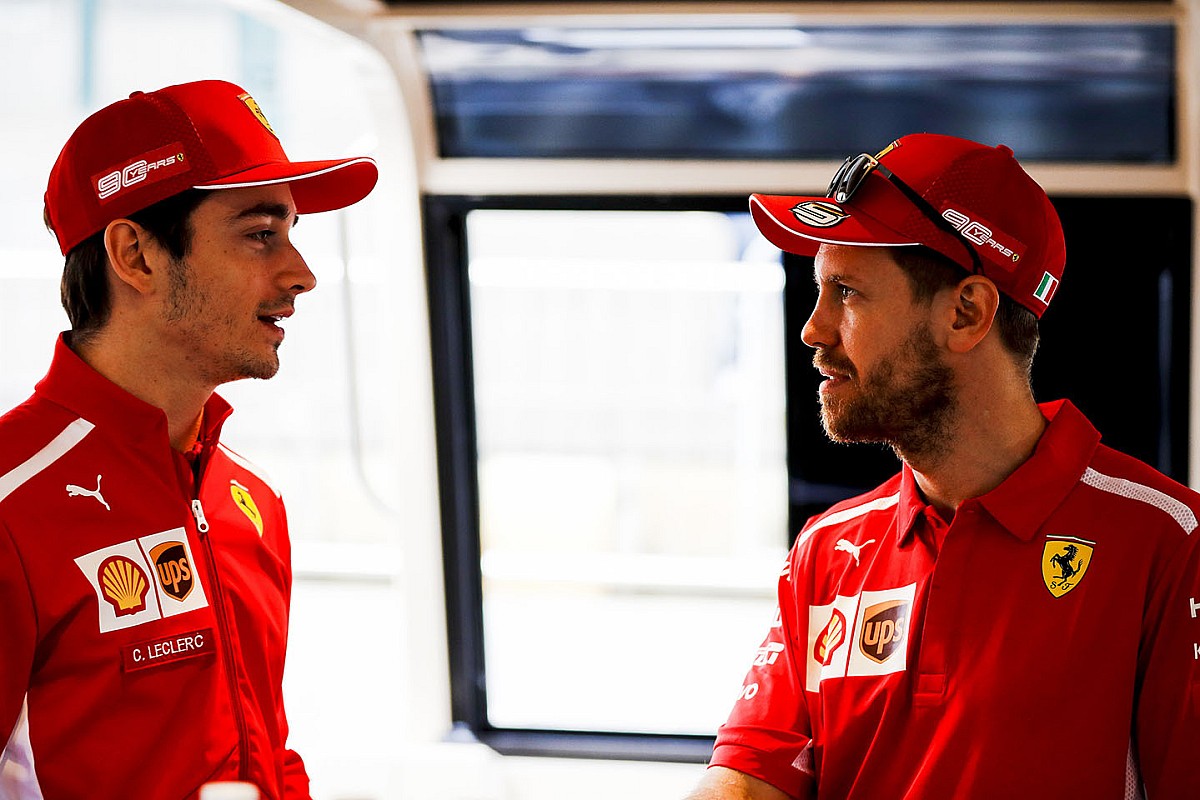 Charles Leclerc says his job in 2019 will be to change who Ferrari favours in the "50-50" situations that four-time Formula 1 champion Sebastian Vettel will initially be prioritised in.

Leclerc has been promoted to Ferrari after one season with Sauber but his team principal Mattia Binotto has made it clear that Vettel will be prioritised early in the season if the situation requires it.

Ahead of the season-opening Australian Grand Prix Leclerc reiterated that he "completely" understood Binotto's position.

"In any team there needs to be a number one and a number two in a 50-50 situation," said Leclerc. "But then also on my side it's my job to turn things around.

During pre-season testing Binotto moved to clarify that Leclerc is free to race Vettel but Ferrari would act if there was an "ambiguous" situation as it is counting on Vettel to lead its title push.

This has mainly been interpreted as moving Leclerc aside to give Vettel track position, but could also mean Vettel gets priority over upgraded parts.

Leclerc said he will only know what the "50/50" situations he has referred to in the moment, and Vettel said it was "pointless" to hypothesise.

"It's very clear, and Mattia also made it very clear, we are free to race each other," said Vettel.

"Charles will do his best to help himself and help the team and that's the same for me.

"We're racing for Ferrari and that means we try to get Ferrari back to where we've been trying to get it back to for the last couple of years.

"That's the main priority. It's a long, long season and I think it's a bit pointless at this point to start pointing out certain scenarios."

Leclerc wants to use his time alongside Vettel to learn from his vastly experienced teammate and already identified Vettel's feedback as an area to study.

He also said during testing that Vettel knowing the team so well was an advantage, but said a a team-building weekend had helped him learn more about his new team members and believes he has grown up as a driver since his rookie season.

"I did many weeks in Ferrari['s Maranello factory] to try and get to know as much as possible the team, and also did a small team-building weekend just before coming here, which has been very helpful to know new faces," said Leclerc.

"I definitely feel more mature than last year. I've learned a lot last year, it was a big season, and I will learn many more things.

"But I feel more ready than last year."