Charles Leclerc says his surprising third place on the grid for Formula 1's Turkish Grand Prix came despite a low downforce set-up gamble that made things tricky for him in qualifying.

Although Saturday's track action took place in damp but drying conditions, Ferrari elected to commit to a race biased set-up on Leclerc's car that will help boost his straightline speed in Sunday's race.

That choice made it harder for Leclerc to get temperature into his rubber through Saturday's qualifying sessions though. But, after a helpful tow from teammate Carlos Sainz, he got through to Q3 and then grabbed the fourth fastest time right at the end.

With Lewis Hamilton dropping back from pole to take 11th on the grid, it means Leclerc will start third and be in good shape as long as things stay dry.

Speaking about the wing level choice, Leclerc said: "I knew it was going to be a tricky session for us because we decided to go for a low-downforce set-up for this qualifying for tomorrow.

"Eventually I think it is the right choice, but for today it was going to be tricky.

"So in Q2, thanks to Carlos obviously for the tow, otherwise I think it would have been a bit tighter to get to Q3 with the traffic I had in the last three corners." 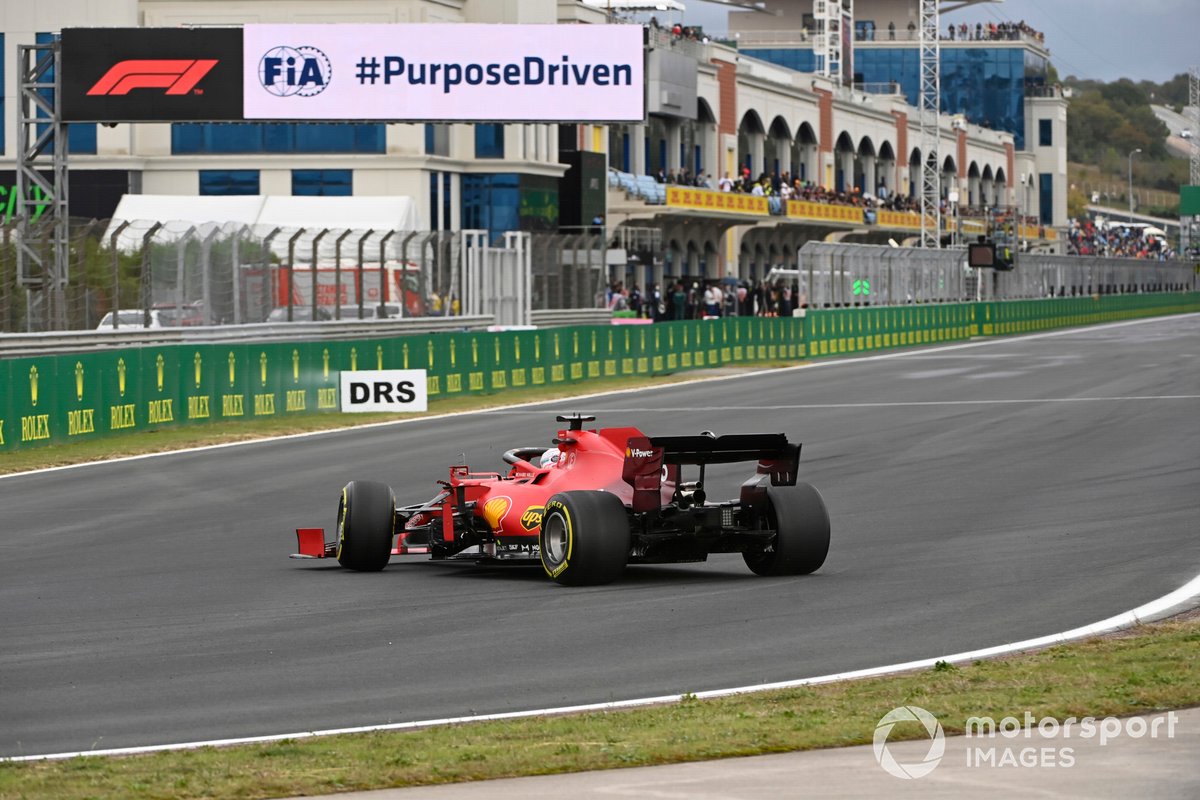 Ferrari's strong pace - as he ended up just 0.267 seconds slower than pole man Valtteri Bottas - has been a surprise with the leading Mercedes and Red Bull teams often well clear in front.

Asked why he felt the Ferrari was working so well in Istanbul, Leclerc said: "I'm not completely sure to be honest.

"As well as this, it's a bit strange to be honest, because also the midfield seems to be working quite well. We are very close to pole position , everyone is, so it's good to see that."

While he is bullish about his prospects for the race, Leclerc said he would not try anything stupid against the title battling Mercedes and Red Bull cars ahead of him.