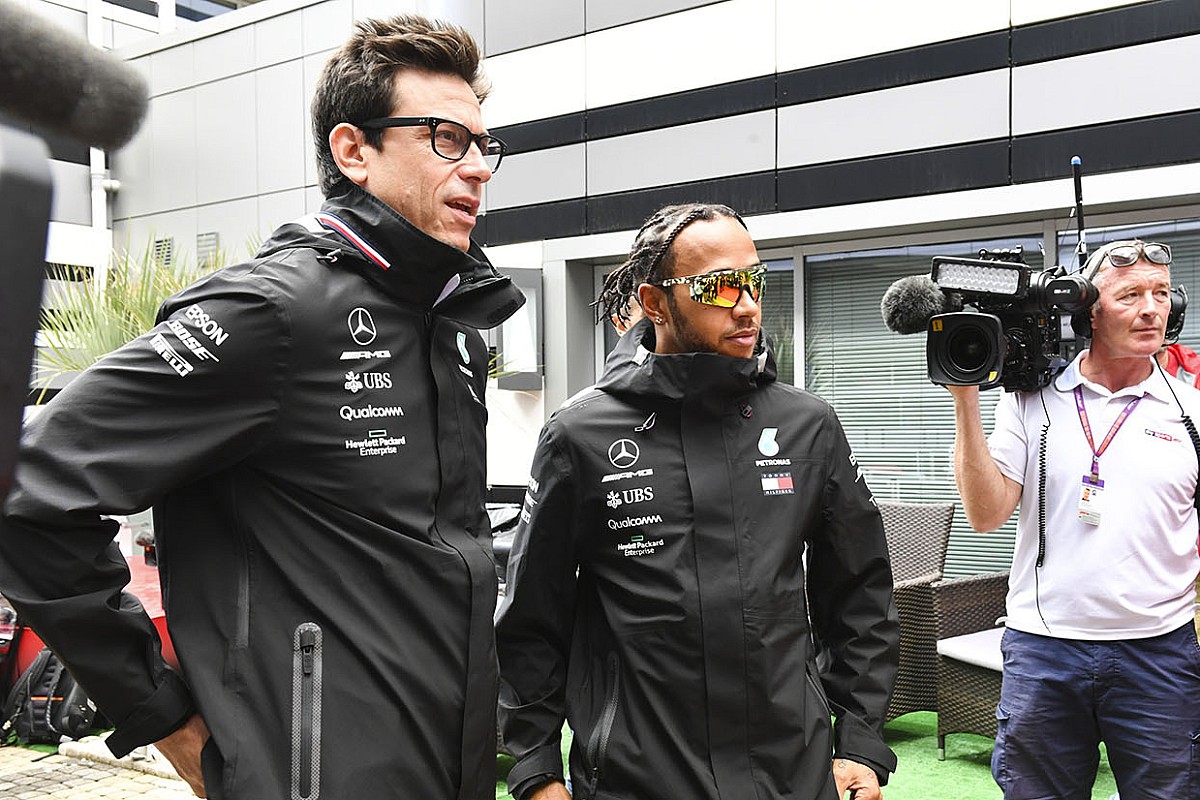 Toto Wolff has dismissed “nonsense” speculation that Mercedes is unwilling to meet Lewis Hamilton’s salary demands, revealing they are yet to have any discussions about money.

Six-time Formula 1 world champion Hamilton is out of contract at the end of the season, but is widely expected to continue his long-term partnership with Mercedes that has yielded five titles in the last six years.

A report from the Daily Mail on Friday night claimed Mercedes is unwilling to meet Hamilton’s wage demand of £40 million per year, with Wolff setting a limit of half that figure.

Hamilton hit back at the story on Instagram, saying he was yet to talk to Wolff, and called on the media to “stop making s**t up”. Asked by Motorsport.com about the report and Hamilton's reaction, Wolff echoed his driver’s comments by dismissing the suggestions.

“All the things that are out there about contract negotiations, whether him demanding a hilariously high salary or me saying it’s only 50% of that, they are all made up,” Wolff said. “We haven’t had a single conversation about money.

“It’s sometimes weird to read this stuff in the press when you know it’s just total nonsense. Lewis is very aware of the financial realities of the auto industry and about Formula 1, and in the same way, I’m very respectful of his achievements and his class.

“Therefore it’s going to lead to I think a satisfactory outcome for all of us.”

F1 is set to introduced a new budget cap of $145 million per year from 2021 in a bid to make the sport more sustainable in the wake of the COVID-19 pandemic. While this cap excludes driver wages, there have been discussions between teams about a possible salary cap system in the future.

Haas F1 driver Romain Grosjean said on Thursday the disparity in wages between drivers was “unacceptable”, citing Hamilton’s blockbuster wages. Wolff said Mercedes was supportive of a salary cap in F1, but believed it had to be introduced gradually and ensure it did not deprive the sport of its star drivers.

“The salary cap is something that we have supported, I believe [in a] similar [way] to the leagues in the US,” Wolff said. “If you cap the team at $145 million with a downward slope, you need at a certain stage to also cap high salaries. But I don’t think we should lose the superstars of today.

“We have said we don’t want to lose the superstars out of this sport, so it needs to be a gradual introduction from 2024 onwards so that the future generations of drivers end up on a more sensible level, considering that we have a cost cap on the team. I think it would be good for the sport. They need to be inspirational, the drivers, and as you can see in the US, the top football players and the top basketball players are still very inspirational.

“High salaries are what they deserve, because they are global superstars and they are the best of their league. It should not end up in a ratio, salary of an individual compared to the team cap, that over certain time is going to create controversy that is not needed.”