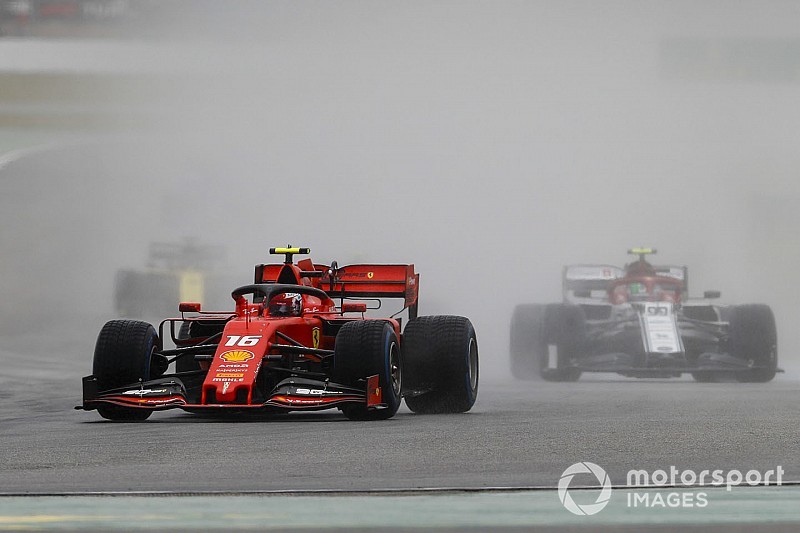 Liberty Media's push to expand the Formula 1 calendar to 24 races from 2021 means it would be "wrong" to allow an extra engine next year for just one more race, reckons Ferrari team principal Mattia Binotto.

The potential saving of the Spanish Grand Prix for 2020 has opened the door to a likely 22-race calendar, as long as teams agree to it happening.

One of the key factors in getting that approval is clarification on engines, because a move to allowing four engines would mean more costs for customer teams.

While some outfits are more open to the idea of an extra power unit, Binotto is clear that he does not support the idea – especially because discussions are ongoing with Liberty about a potential 24-race schedule in 2021 with the current level of three engines for the season.

Asked by Motorsport.com for his thoughts on an extra race next year, Binotto said: "We are supporting a 22nd race if that means some more revenues, but we need to be certainly careful of the extra costs.

"I think if we look as well at 2021, at the moment, we are discussing 24 races with no extra engines, no extra units.

"I think it is only a path to 2021, so increasing the number of units available next year I think would be simply wrong because it means we have more engines but then [more] costs which makes no sense overall.

"It should be for the powerunit manufacturers to make an effort which is in the direction of 2021, to have an extra race with the components we have got."

Red Bull boss Christian Horner reckoned that a fourth engine could happen without added costs simply through cutting back on testing.

"Rather than use engines for testing, if we reduce the in-season testing and pre-season testing slightly, if that frees up an engine that the majority of teams are going to use anyway, [then that could be a possibility]," he said.

"From the next race there is going to be a whole raft of penalties coming through and we are only just halfway through the season. So adding another race on top of that and expecting teams to get through on three engines and three sets of components is a bit of a tall ask."

Williams deputy team principal Claire Williams said the biggest concern for her regarding an expanded calendar was no return of the much-hated triple-header that F1 had in 2018.

"I wouldn't want to see a triple-header on the calendar, and I think we have been assured there will not be one," she explained. "It broke a lot of people last year and also from a logistical point of view that is just a nightmare, a disaster.

"Going to Austria [last year] when we all took makeshift motorhomes, it doesn't look great for the race and it is not great for anyone's cost base either."