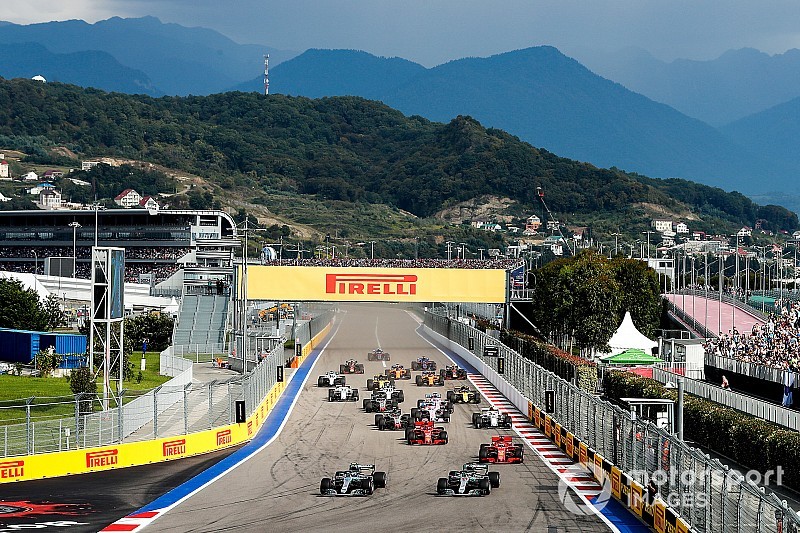 A statement issued by the 16 members of the Formula One Promoters’ Association [FOPA], of which Russia is not a member, took aim at Liberty over concerns it has about the future direction of the sport.

In particular the promoters are worried about declining audiences caused by the move to pay TV, plus a lack of a clear strategy about where F1 is heading.

But Sergey Vorobyev, deputy general director of Sochi F1 promoter Rosgonki, told Motorsport.com he did not agree with FOPA’s stance, especially because he felt the problem areas were things that either Liberty could not control or was already working on.

“The statement is fairly toothless, because all the issues indicated there, in this statement, they are being resolved one way or another in the current format of communication with Liberty,” said Vorobyev, referring to the annual promoters’ meeting that is taking place in London this week.

“It was at the initiative of Liberty that all the promoters gathered in London, specifically to discuss common matters with the participation of Liberty Media. I do not see the need for a separate assembly of some promoters.

“I do not share the position of the current chairman of the FOPA Association, Stuart Pringle. In his comments - public comments for the media - he has very frequently made personal criticisms of Liberty's leadership and our whole common sport.

“I don't believe this approach to be constructive, and therefore we, along with several other grands prix - and I am sure there will be more of us in the coming days, weeks and months - are not members of FOPA.”

One of the other issues that has been highlighted is the fact that Liberty has offered a different business approach to the new race in Miami.

Rather than force organisers to pay a hefty fee as happens elsewhere, it was eager for a profit share arrangement instead.

That has not gone down well with some current venues that are struggling to afford the tens of millions of dollars they currently pay out for the right to host a race.

Vorobyev said that unease about this situation was premature, because the Miami project had not yet got off the ground.

“If you look at the calendar of the current Formula 1 season, it does not have the Grand Prix of Miami, so what's the point of having theoretical conversations about how things could be, now or in 2020?

“First you would need to look into the actual Miami GP agreements. And if the Miami promoters, our partners and friends, have some special provisions, that would be a great reason to discuss further improvement of contractual conditions [for other races].

"But at the moment it is absolutely pointless to discuss this. To worry about it makes no sense, because the Miami GP is not on F1's calendar..”

Vorobyev does see the need, however, for a major rules overhaul – that perhaps goes beyond what Liberty is already planning for 2021.

“Like all the participants in the process, we do not have a clear understanding of what Formula 1 will look like from 2021,” he said. “But personally, I really believe in Ross Brawn and his managerial and engineering skills.

“My personal opinion is that Formula 1 should become more real. There should be fewer rules and less stewards' influence on the race.

“But I do not know yet whether Liberty and the FIA and the teams share this position. In the coming days I am sure we will have the opportunity to discuss this.”

Has Red Bull fallen into the McLaren-Honda trap?