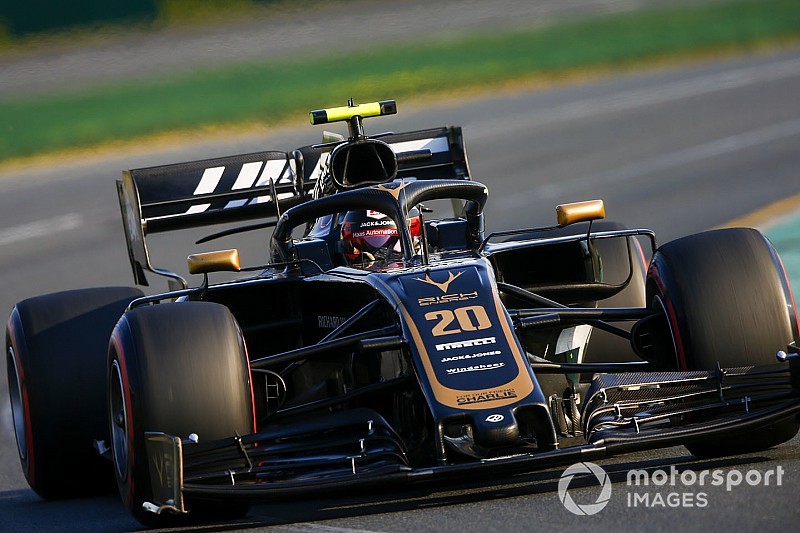 Kevin Magnussen says it's "crazy" to think that there are Formula 1 cars faster than the Haas after being wowed by his VF-19 in qualifying.

The Haas drivers emerged as the class of the midfield as the grid was set for the first F1 race of the season, Romain Grosjean and Magnussen qualifying sixth and seventh behind the two Mercedes, two Ferraris, and Max Verstappen's Red Bull.

Magnussen was deeply impressed with the performance, claiming that he can't fathom that his car isn't the class of the entire field.

"I think generally all the cars are stronger than last year, but, you know, it's a very good car," he said. "And it is crazy to think that there are other cars that are faster than this, because it feels very, very fast.

"We've been hopeful of our potential, but it's always... you know, no matter what it is, it's always a nerve-racking time because you think you know where you are, but then you want to go and prove it on track.

The Dane reckons he could have matched Grosjean's pace as well, admitting a mistake in Q3 cost him a couple of tenths.

"I didn't get everything out of it that I should have, and made a big mistake in Q1 that meant that I had to use another set [of tyres] to get through.

"That means you have only one set for Q3, which is crazy, because we should have been so easily through on just one set in Q1.

"That was my bad, and then you do a lap, you have only one shot in Q3 and that wasn't too pretty.

"I think [I lost a] couple of tenths easily. I braked too late in Turn 6, luckily the car has good grip, so it was just turning anyway in, got back on power – but I lost quite a lot of time there."

Grosjean, meanwhile, wasn't surprised by Haas' impressive showing in qualifying, revealing the team kept some performance up its sleeve on Friday.

"Because we knew we were strong, and the car felt good, and yeah, we knew how much we had in margin in term of engine mode usage," he said.

"We did a little bit in FP3 just to get top speed and a braking points, but then we unleashed everything in quali." 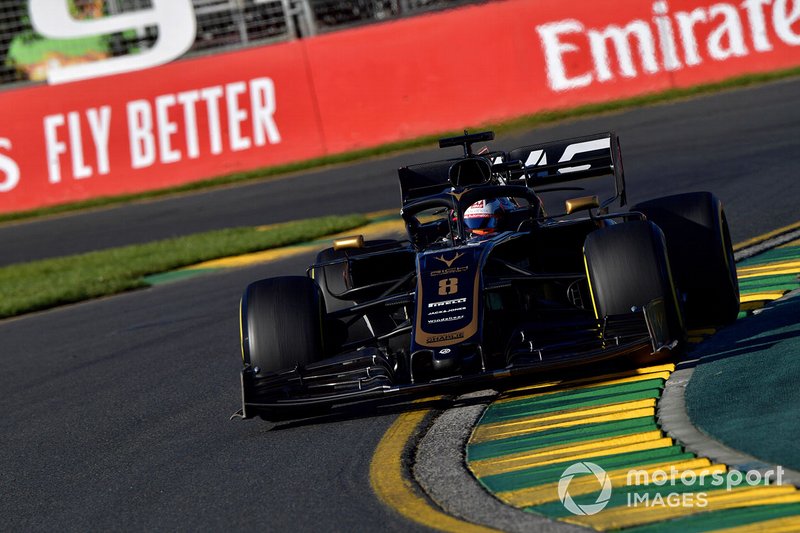 Ricciardo didn't get "100 percent" out of Renault