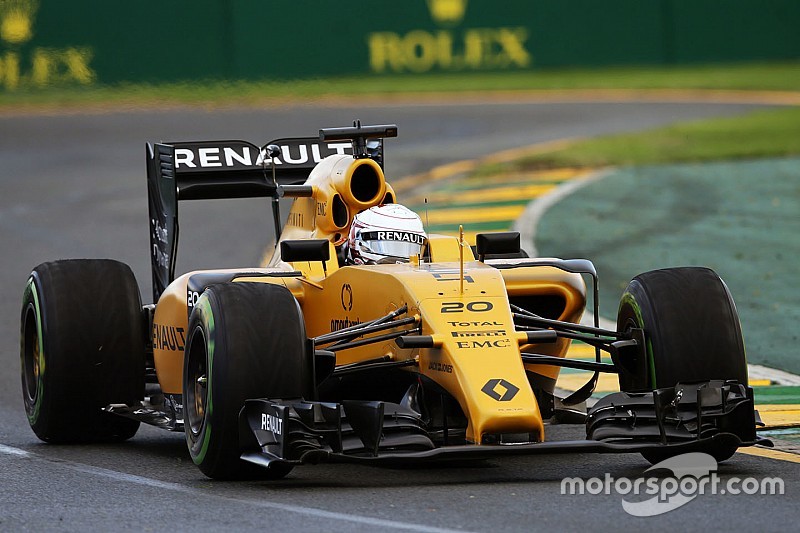 The Friday sessions marked Magnussen's return to a grand prix weekend for the first time since the end of the 2014 season - and also saw the on-track debut of Renault's revamped yellow livery.

"You don’t really notice [the livery from inside the cockpit] but it’s good associations, I guess, with my World Series campaign," Magnussen said.

"It sort of feels like home again. A yellow car with the number 20, Renault - it’s good."

Magnussen piloted the #20 Dallara car in Formula Renault 3.5 in 2013, running in the yellow livery of his team DAMS.

That season, he won five races on his way to the title, setting up his subsequent graduation to Formula 1 with McLaren.

Due to the difficult weather conditions on Friday in Melbourne, Magnussen - like most others in the field - got very limited running in the two practice sessions.

"It just felt amazing to go out on track really," he said. "When I drove out on to the track it was just ‘f**k yes, I’m here again’.

"It just felt so good and then massive disappointment not to get more laps because I wanted to go out and push, but there we are."