Magnussen: F1 2017 cars will help with my biggest weakness 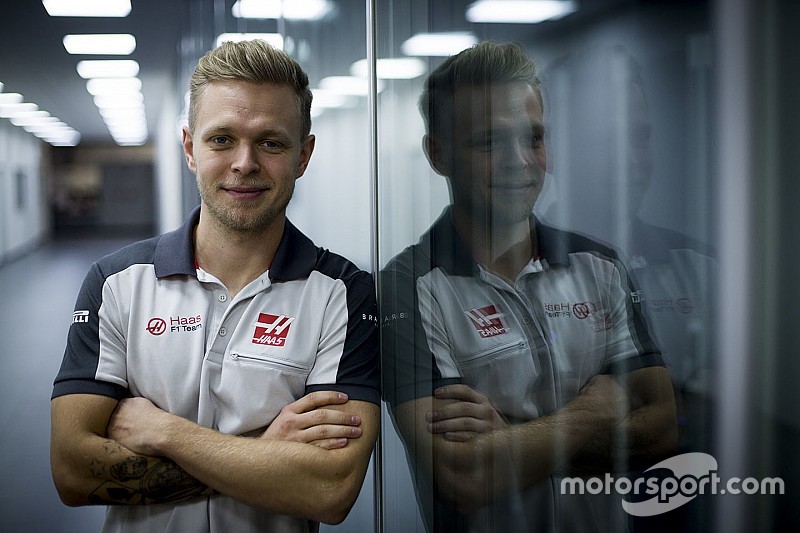 Magnussen, who joined F1 in 2014 at the dawn of the hybrid era, has been a vocal proponent of the regulation change, which is expected to produce cars that are much faster and harder to drive.

Speaking to the media at his new team's Kannapolis base in the USA, Magnussen admitted that he was prone to “overdriving” - and that tendency would not be as detrimental in 2017 machinery.

“I'm a driver that, if I have a problem, it's most of the time because I'm overdriving,” the Dance conceded. “I naturally tend to overdrive the car.

“And these new cars will probably suit that better than less downforce. So, yeah, I'm looking forward to it.

“It's going to be fun to try. If our expectations are true, then they're going to be the fastest Formula 1 cars... ever, probably, so that would be exciting.”

Magnussen said his strength training programme has been ramped up in preparation for the anticipated physical challenges of F1 2017.

“I've definitely stepped it up a lot over the winter. This winter it's been mostly about training, I haven't travelled anywhere, vacation or anything else. I've stayed at home to train with my fitness trainer in Denmark.

“And that's because we don't really know how fast these cars are going to be, how physically demanding they're going to be, so you just have to prepare as hard as you can.”

Experienced teammate a plus

Having partnered veteran Jenson Button at McLaren in his debut season in F1 in 2014 and rookie Jolyon Palmer in his sophomore campaign last year, Magnussen says he's happy to be paired up with an experienced driver again in Haas teammate Romain Grosjean.

“I prefer to have an experienced teammate. It's good for the team but it's also good for me as a driver - to have someone that I can really learn from.

“I learned from Jolyon as well last year, but from Romain I'm sure I'll learn more, because he's an extremely fast racing driver. Jolyon is fast as well, but Romain is also very experienced.”