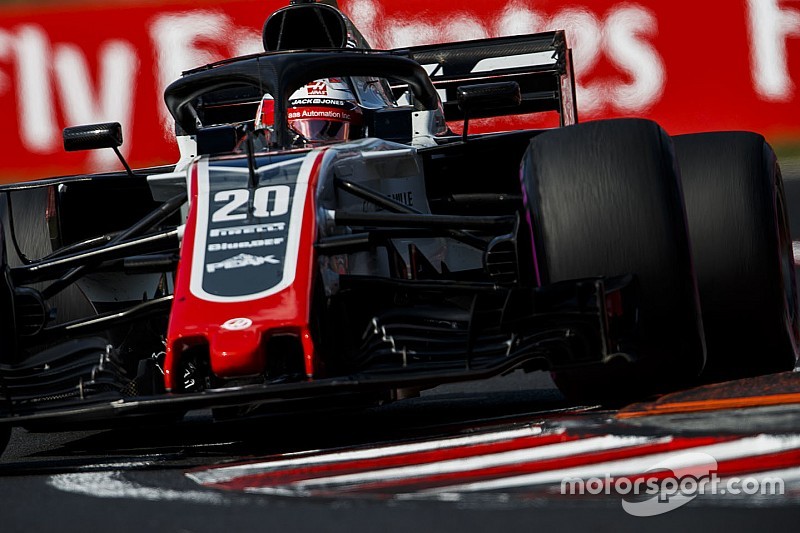 Kevin Magnussen says he is having fun in Formula 1 with Haas after a "pretty horrific" start to his grand prix career with McLaren and Renault.

Magnussen joined Haas on a two-year deal at the start of the 2017 season, having made his debut with McLaren in 2014, sitting on the sidelines for a year before racing with Renault in 2016.

The Dane has scored points in seven of 12 races so far to lie eighth in the championship in his second season with Haas, where he feels "back to the old me".

Magnussen told Motorsport.com that his first two seasons racing in F1, split by a year on the sidelines, "were pretty horrific and very unstable with different teams and losing my seat".

"It's really good fun, the most fun I've had in Formula 1, and the most competitive and kind of honoured feeling I've had," Magnussen added.

"I think it just shows the quality that the team is made of. They are able to make decisions and they are able to commit and take directions, it's a real strength of the team.

"They don't have any fights at the top or differences of opinions. With me, they agreed that I was the kind of driver they would like to commit to and they went ahead and did it."

Magnussen graduated to F1 as the reigning Formula Renault 3.5 champion and scored a podium on his F1 debut in Australia with McLaren.

But he lost his seat at the end of the season as the team opted to retain Jenson Button to partner Fernando Alonso, a decision that was down to commercial as well as competitive reasons.

"It was a very unstable beginning to my Formula 1 career," he said. "I had great momentum before I got to Formula 1 and I lost it once I arrived.

"The team that I got there with was very unstable and the management were fighting.

"The pressure was massive as we knew it was all between me and Jenson, we started making mistakes, and you start being tense and not performing well."

Magnussen was not willing to extend his one-year spell at Renault for just one season, so signed a deal with Haas instead.

He feels he was selected "because of a lack of options" for Renault, which he felt was also "a bit unstable" as a returning works team.

"Probably, they hadn't gone for me for the right reasons," Magnussen said.

"I didn't have the support I needed there. I still think I did a good job, but they had already decided from the beginning that I wasn't the right guy for them.

"But luckily Haas saw the potential and gave me a shot, they offered me a deal where I could see stability."

A contract extension appears a formality for the 25-year-old.

"I don't think there's any rush and I don't think it will take too long," said Magnussen. "It's not something I'm stressed about."

Ranking the F1 teams at the summer break