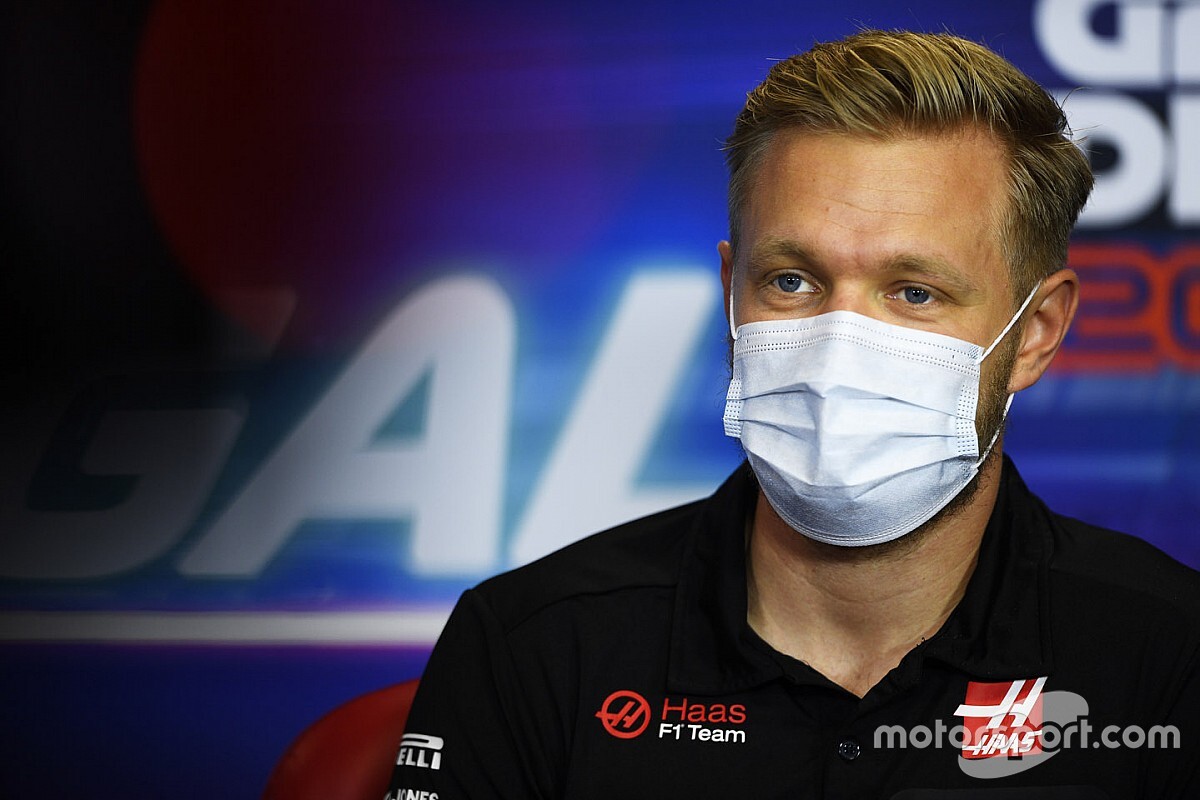 Kevin Magnussen is interested in a potential switch to IndyCar for 2021, following the news that Haas will not retain him or his Formula 1 teammate Romain Grosjean next year.

Magnussen joined Haas in 2017 as a replacement for Esteban Gutierrez, but the news that he and Grosjean will not remain with the team for 2021 was announced individually by the drivers on social media on Thursday, prior to an official statement from the team.

This leaves Magnussen free to negotiate with other teams but, with few F1 seats remaining, the Danish driver looks set to go elsewhere.

Magnussen said he was interested in making a move IndyCar, and his father Jan competed in the CART series in 1996 and 1999, but admitted that it would be difficult to find a "good deal" for a drive in the US.

"IndyCar has been something that I've been interested in always," Magnussen said.

"My dad was an IndyCar driver back in the nineties. And I've been to IndyCar races with him as a small child, and I just always thought it was super cool, and I would love to have a go in that some time.

"But at the moment I think even outside F1 the whole motorsport world is hit by these times that we have this year. And it doesn't look easy to get good deals over there.

"So we'll see. I'm not saying no to it at all, and not saying it's impossible, but it looks slightly difficult."

Magnussen paid tribute to the Haas team, which took him on after he left Renault at the end of 2016, and says that his tenure with the American team has made him a "better driver".

In his time with the team, Magnussen has scored 96 points, with 56 of those scored in 2018 to secure a personal best of ninth in the drivers' championship.

"It's been four years for me, four great years with Haas," he added.

"I've enjoyed it. It's been a great experience to be with such a young team on that journey, and I feel that I've learned a lot and got some very valuable experience.

"And I'm a better driver now because of that. Now we'll see what the future holds.

"I would say I'm very open at the moment to anything really. I'm only just 28 years old, and I still feel that I have more to give in F1, but we'll see. There's not a lot of seats left.

"And also I really miss winning, I miss the feeling of winning races, and that's kind of really something that I've started to think about quite a lot recently, how much I miss that.

"We'll see where that opportunity is, and what comes my way."

"I've been kind of thinking about options for a while. So it didn't change a lot, I would say, once Gunther [Steiner] told me that they were going to look for other drivers.

"I would have considered it very seriously if I had been offered something from Haas, but I have been looking elsewhere for a while."

Magnussen suggested that he began looking elsewhere even before he received confirmation from Haas.

"I've been kind of thinking about options for a while. So it didn't change a lot, I would say, once Gunther [Steiner] told me that they were going to look for other drivers.

"I would have considered it very seriously if I had been offered something from Haas, but I have been looking elsewhere for a while."

Magnussen stressed that he's not keen to take a year out with a view to returning to F1 in 2022, and would rather stay busy in another category.

"I had a sabbatical in '15," he said. "And that wasn't very enjoyable. And I think I was pretty lucky to get a chance to come back after that. So I don't think a sabbatical is preferred in any way.

"I want to be racing, I'm a racer. And as I said, I really miss going racing to win. And I couldn't see myself on the sidelines for a whole year at this point. I'm keeping my options open, I'm speaking to all sorts of different teams and people.

"Who knows what can happen in F1? I've learned over the years that you should never say never, and should always keep your doors open."