Magnussen involved "in all the big crashes" - Sauber 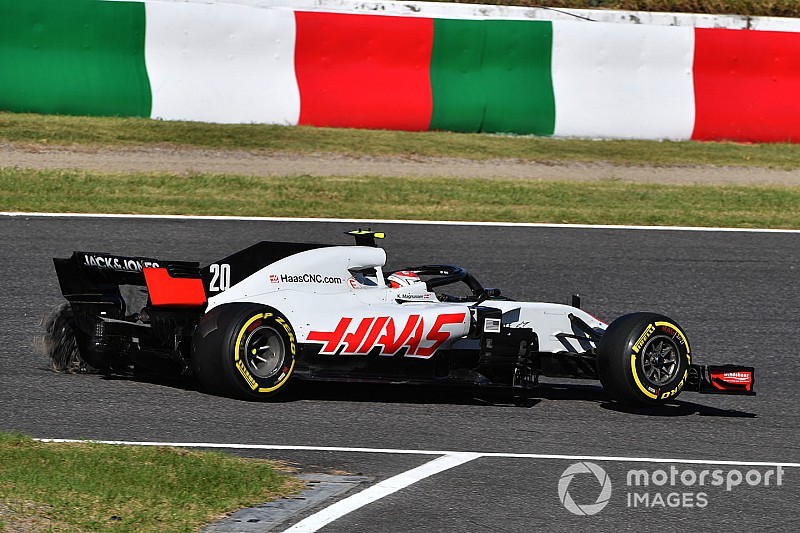 Sauber boss Fred Vasseur has backed his driver Charles Leclerc and says Kevin Magnussen has been involved "in all the big crashes" during the 2018 Formula 1 season.

Leclerc hit the rear of Magnussen's Haas on the approach to the first corner at Suzuka when both moved to the right on the second lap of the Japanese Grand Prix.

Both were able to continue, although Magnussen had a rear puncture and Leclerc would later have his Sauber car's nose changed.

The FIA stewards took the view that both drivers had moved right at the same time, and thus deemed it was a racing incident.

Vasseur agreed with his driver that Magnussen's move had been dangerous and called on the FIA to act on the Dane before there is a big accident.

"From my point of view it was quite obvious, but there was no further action," Vasseur told Motorsport.com.

"I was a bit surprised. He's involved in all the big crashes throughout the season, if you have a look. I'm not the referee, it's the FIA. They have to take decisions or not.

"The move was f****** dangerous, he's always moving late, and one day we'll have a huge crash.

Vasseur was confident that Leclerc, who eventually retired as a result of a car failure, would have had a strong result.

"I think we had a good first part of the race, the pace was there," said Vassuer. "We had to stop under the safety car to change the nosebox, and we tried to take another strategy, but it was done.

"It's a shame because I think the pace was good again.

"It was his first time in Suzuka, and for sure it's not an easy one. He was P6 in Q1, but we just have to be able to put everything together. It's so tight between P7 and P17, a small mistake and you're at the back."

Vasseur had no issue with the collision between Marcus Ericsson and teammate Leclerc at the chicane in the safety car restart, which damaged both cars.

"Everybody braked very, very late and hard under the safety car."

Honda not allowed to use update tweak in Japanese GP