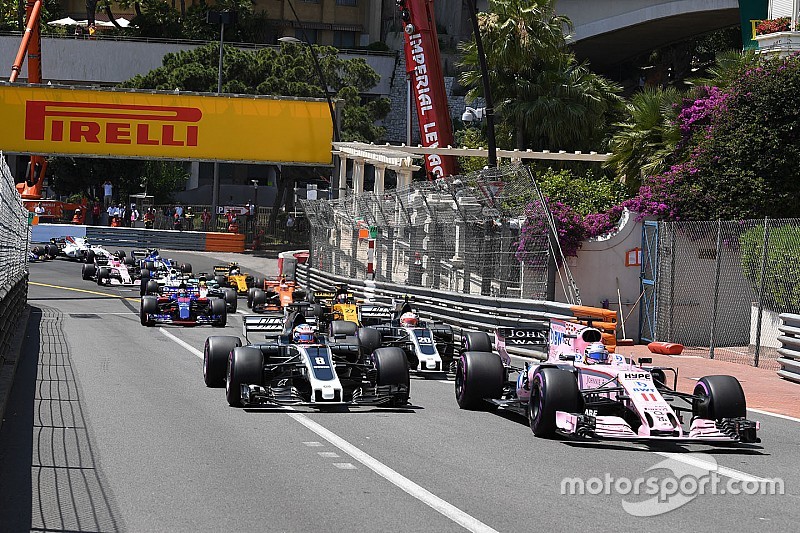 Force India boss Vijay Mallya is “disappointed” that fellow F1 team owner Gene Haas has expressed his support for the current pattern of income distribution in the sport.

Along with Haas, Force India is one of the few teams that has no special deal on top of the regular performance-based prize fund, and Mallya has long been campaigning for a fairer split of income.

F1 CEO Chase Carey has also made it clear that the new owners want the system to change, in part to help to close up the grid.

However, in Monaco, Haas raised a few eyebrows when he indicated that the top F1 teams should retain a significant advantage in income redistribution - and even claimed that the sport should avoid moving to a “socialistic-type structure.”

Mallya believes that such talk – which some sceptical observers have suggested may have been encouraged by Haas’s close relationship with Ferrari – will not help the push for change.

“I find it actually disappointing that such a new entrant in F1, who has no previous experience of owning an F1 team, makes such a profound statement,” he told Motorsport.com.

“Anybody looking at the income distribution pattern of F1 will immediately, without even being prompted, realise how lopsided it all is.

“So I was particularly happy when Liberty Media and Chase Carey effectively said that what Force India has been pleading for a while now, that the income distribution needs to be revisited, and adjusted to be fair to the smaller teams as well.

"For Haas to make such a profound statement, I obviously found that to be disappointing.”

Mallya is hopeful that changes can be introduced even before the current Concorde Agreement expires.

“I see no reason why it won’t happen before 2020. I’ve read that Chase doesn’t like the so-called Concorde Agreement, which in his view should never have existed.

"I think he’s made it clear that the independent arrangements that various teams made with Bernie were not good for the sport, and actually prevented a level and competitive field.

“I was encouraged to hear FOM, for the very first time, speak my language. This is not something that we’ve just been saying now, we’ve been saying it for years.

"I was very pleased to hear Chase support our view, and equally disappointed to see that one of the participating teams held an almost opposite view.

"It’s pretty obvious from the Haas car that they are more than just associated with Ferrari.”

Level financial playing field "can only be good for F1"

Mallya is pleased that Carey and Ross Brawn want to adjust the rules to ensure that in the future the grid is closer together, and that current midfield teams have a shot at winning races.

“It was music to my ears when Chase basically said that money cannot buy performance, and that everybody should have a level playing field. Unfortunately it now it shows very clearly that competitiveness at the front end of the grid really is about how much you spend.

"They need to even that out – they have publicly said it, that money shouldn’t be able to buy performance, or affect the competitive advantage of any team on the grid.

“That’s obviously something I haven’t heard for a long time, and I’m delighted to hear it now. It’s all a question of how quickly they get the act together.

"In addition to all this, we’ve spoken at length about resource restriction or a spending cap. We’ve been speaking about this for years. Now Liberty seems to be talking the same language, which is great.

“It can only be good for F1, it can only be good for teams like Force India. If we have a resource cap on one side where teams are prevented from spending unlimited amounts of money, and we have better income distribution on the other side - not only by balancing the mathematical calculation itself, or the income distribution policy, but more income through increased revenues - all this is fantastic. I’ve waited 10 years for it.”

Mallya is also encouraged by the fact that Ferrari and Red Bull have – for the first time – indicated that they would prefer to spend less, especially on R&D, in the future.

“I think that a whole bunch of factors have come together to cause this change in thinking. Ferrari is a listed company, and if they spend less, they make more, and that has an impact on their market capitalisation.

"I’ve often wondered why people would not support a cost cap in the past, but now it’s becoming clearer that there’s a shift in mindset.”

Honda upgrade "very tight" to be ready for Canada