Nigel Mansell and the Williams FW14B delivered one of the most dominant seasons in Formula 1 history in 1992. Technical director Patrick Head explains what made it such a formidable machine.

Mansell won nine out of 16 races, clinching the drivers’ title with five races to spare, while Williams also dominated the constructors’ championship.

Patrick Head, Williams technical director in 1992 who designed the car along with Adrian Newey, explains the strengths of one of the team’s most successful cars.

"We raced this for the first time in 1991 but it wasn’t reliable at first and cost us a lot of points. But once we had solved those problems, it was  a big advantage because you could change gear four or five times more quickly and it stopped engine over-revs." 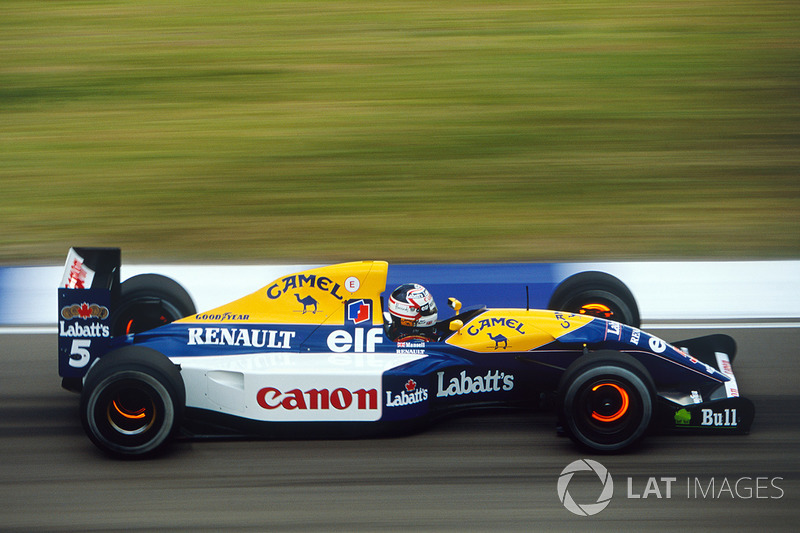 "The main difference between the FW14 [used in 1991] and the FW14B was the active suspension. It’s remarkable looking back on the programme now.

"In 2011, we were running the 12th model of the front wing by the end of the year, but on the FW14 the aerodynamic modifications were minimal. It was a good car from the word go with a lot of geometric relevance from the Leyton House cars because of Adrian’s presence."

"The traction control system was similar to what we would have 10 years later, but less sophisticated. When it started off it was a relatively simple bit of software – a time benefit which didn’t require an awful lot of development and that in the wet was a big benefit.

"There was a lot of time when the driver was modulating the power of the engine and the automatic  control systems could do that slightly better than the driver." 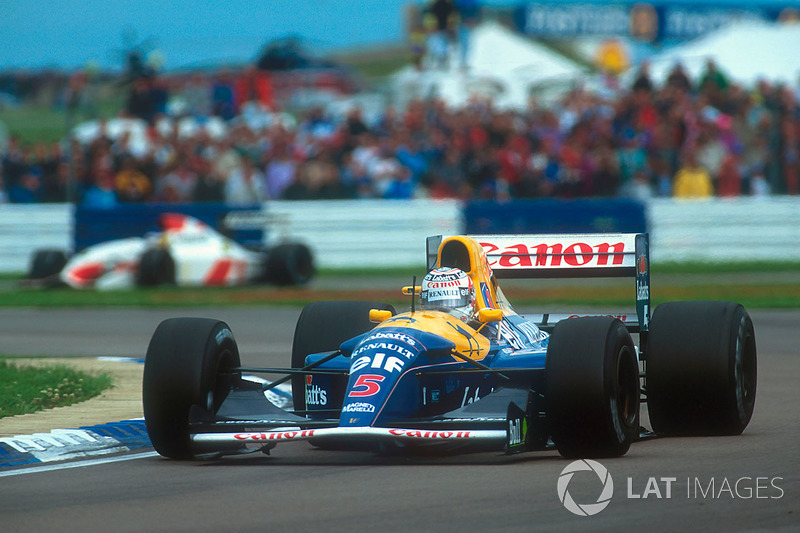 "The active suspension system did have a predictive element in it, but it was essentially responsive. That meant that you didn’t have the same feel as the standard car in roll stiffness.

"There was a short period on entry to corners where the car had a floaty feel and then would stabilise. Nigel realised that on the other side of this few tenths of a second, there would be more grip, whereas [teammate] Riccardo Patrese always wanted more feel."

"It was certainly very good and stronger than the Honda that was powering the McLaren. The Honda was easily as powerful, if not more powerful, but it was immensely heavy.

"While the Renault was a lot heavier than the engines that were to follow it [the RS4 engine that was introduced in Hungary weighed just under 140kg], it was the best racing engine given the combination of power, weight, fuel consumption, installation and so on. It was also extremely reliable." 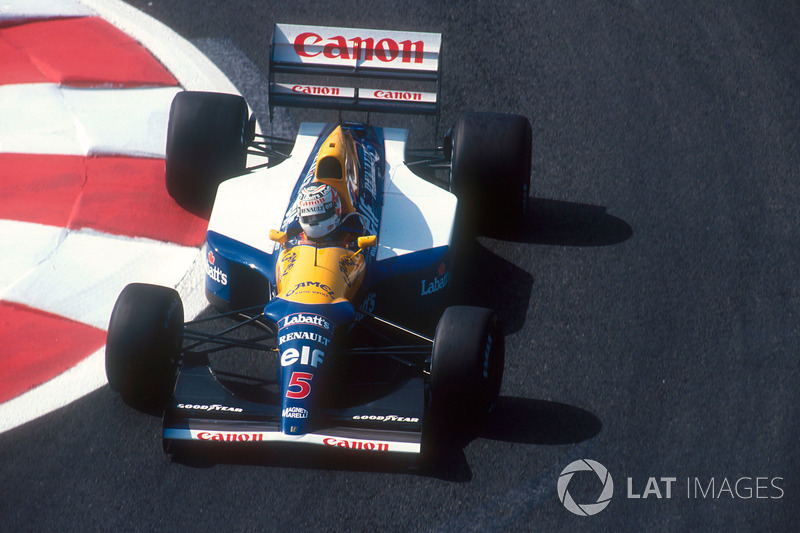 "We had been developing active suspension since 1985, which started off by AP coming to us. They were developing a system for road vehicles, but they decided that they weren’t going to continue with it and rather than bury it, they contacted us as we were using AP brakes at the time.

"At first, it was purely mechanical, but we needed it in digital form so that we could control it electronically. It was basically aiming for target mean ride heights front and rear.

"As the programme went on, control became more sophisticated. We could alter the attitude of the car on track and if the driver complained of understeer here or oversteer there, we could overcome the problem."

Nigel Mansell will be appearing at Autosport International at the Birmingham NEC on 13-14 January 2017. For ticket information, click here.