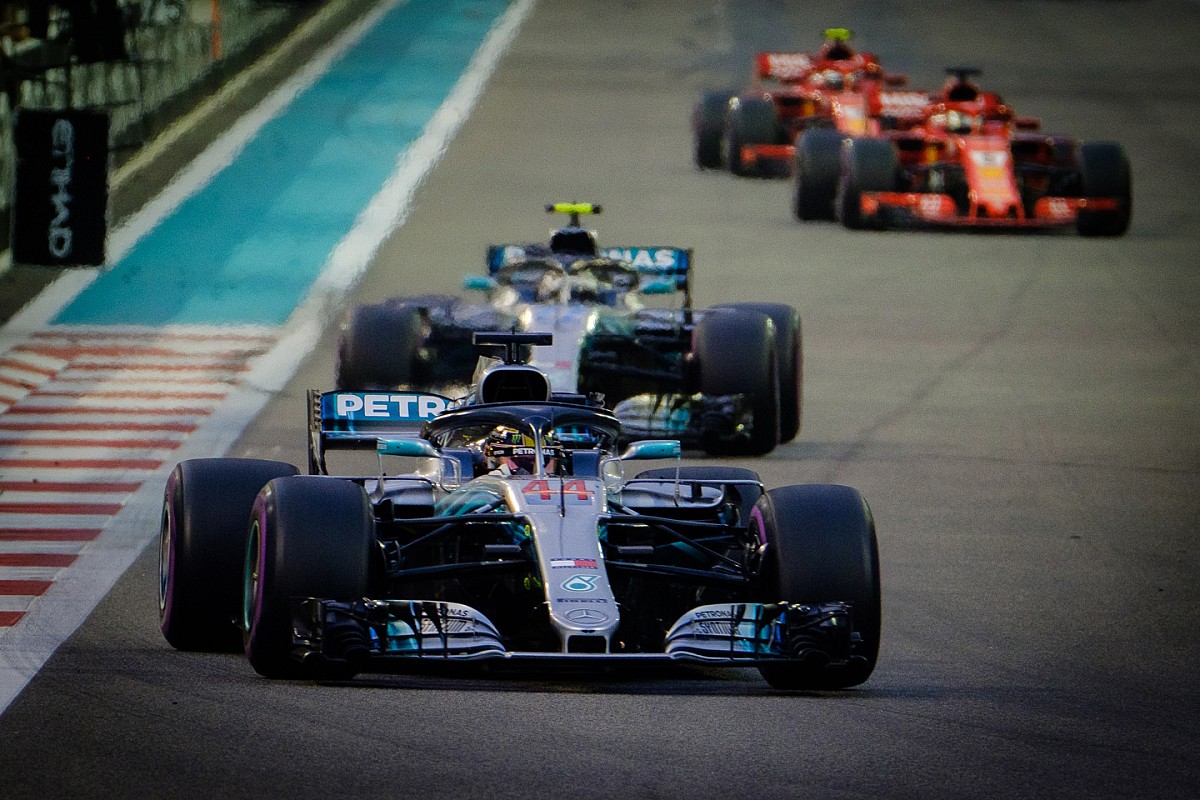 Lewis Hamilton's title success this year has secured a clean sweep for Mercedes in the turbo hybrid era, and makes it only the second team in history after Ferrari to have won five drivers' and constructors' crowns on the trot.

Wolff says the achievement is something that he is immensely proud of, as he recalls a congratulatory phone call from FIA president Jean Todt, who was the mastermind behind Ferrari's success with Michael Schumacher in the 2000s.

"So it was an unbelievable thing he said. But then he called me back and said, 'Actually I've been told that we won six in a row!'"

As well as Ferrari's title doubles from 2000 to 2004 with Schumacher, Ferrari also took a constructors' championship in 1999 in the year that Mika Hakkinen won the drivers' title.

"We are very relieved with the fifth double this year because it puts us on a par with Ferrari , the great Todt/Schumacher era," he said.

"And that is what I can remember as a 'child' – unbelievable! So having matched that feels very humbling and I feel grateful for it."

Mercedes' success in 2018 came after a championship battle that led to increased tensions with Ferrari at times.

As well as controversy over a double-battery system that Ferrari was running, the later stages of the campaign featured a number of races where Mercedes elected to not run a wheel spacer design for fear that its rival could protest it.

Looking back on the edginess to their relationship, Wolff reckons that there was nothing out of the ordinary.

"I think it is very difficult to maintain a very amicable gentleman attitude during the season when each group is obsessed about winning," he said.

"We can see that things are coming back to normality now, because it is our joint platform and we need to make it function.

"We need to have a relationship to discuss things and that is why I think it is completely normal that there are times when it is more difficult and there are times that it is easy.

"Those times where we talk to each other in a productive way are very important for F1, and for us as teams."

F1 tech review: The details that proved Haas was no Ferrari clone