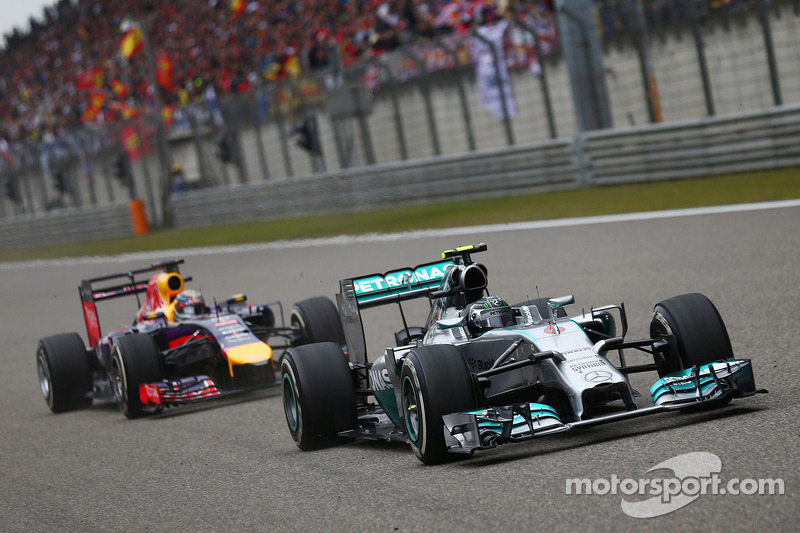 Dietrich Mateschitz says that Red Bull isn't giving up, but highly doubts they have any shot of catching Mercedes.

May 13 (GMM) With not yet a quarter of the season gone, Red Bull on Tuesday came close to conceding the 2014 title to Mercedes.

Earlier, team owner Dietrich Mateschitz suggested the reigning quadruple world champions are not giving up on 2014, despite Mercedes' clear dominance so far.

But on Tuesday he is quoted by the major German daily Bild: "We probably cannot catch up the advantage that Mercedes has.

In the constructors' battle, Mercedes is already more than 100 points clear of runner-up Red Bull, and billionaire Mateschitz conceded: "I don't think we can challenge the points lead.

"Even if we are winning (races) again, at the same time the others will still be scoring enough points so that their lead is not challenged," he added.

However, Mateschitz said Mercedes cannot be begruded their likely success.

"Before the season, we did not work as well as Mercedes," he said. "I must ungrudgingly recognise when someone else does a sensational job."