Montezemolo insists Mattiacci is the man for the job.

Apr.17 (GMM) Luca di Montezemolo has played down rumours Marco Mattiacci is only a stop-gap solution at the top of the Ferrari team.

Flavio Briatore has already ruled himself out. "I have another job," he told La Repubblica newspaper.

Ferrari president Montezemolo, however, rejected the rumours, insisting Mattiacci is the man for the job.

"He will already start to make a difference at the Chinese Grand Prix," he is quoted by the Ansa news agency. 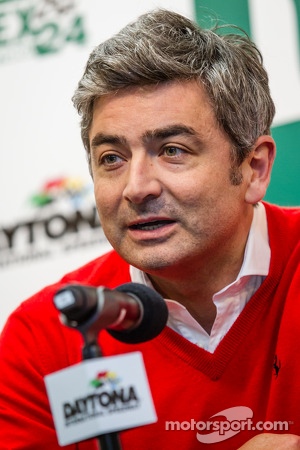 "He's going to be at the helm for a long time. I am also going to be closer to the team during this transition, taking a more hands-on role until Marco gets the hang of things," Montezemolo reportedly added.

"They needed to shake things up," he told La Gazzetta dello Sport. "You can't keep saying 'we're looking ahead to next year'.

"Stefano is a hard worker, but F1 is a competition and results are what matter. There can be no excuses when you have a driver as good as Alonso," he added.

Briatore also played down criticism that Mattiacci will struggle in the F1 paddock due to his lack of experience.

"When I arrived at Benetton," he is quoted by Repubblica, "I was selling t-shirts. He has been selling Ferrari cars."