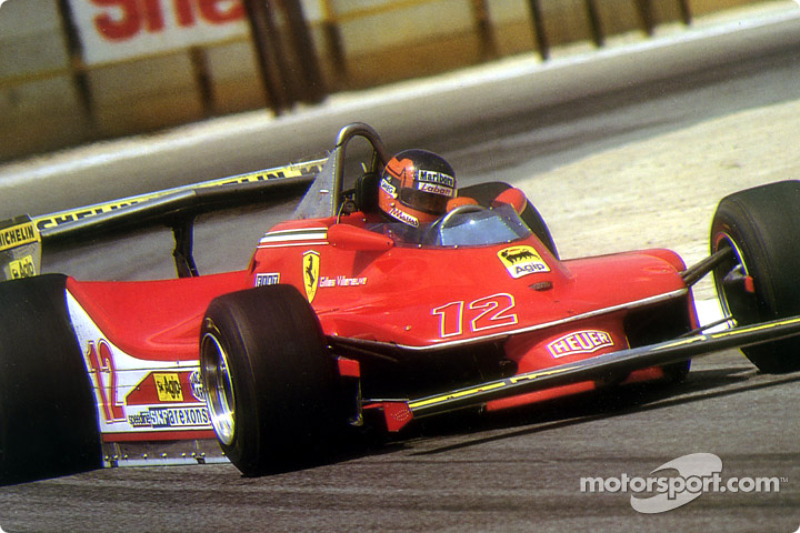 30 years ago: a totally shamelessly subjective, but yet honest view on Gilles Villeneuve.

OK, if you want an honest and objective article on Gilles Villeneuve, please go somewhere else. Don't even read further. Click 'Next article'. Please.

What you'll get here is a totally shamelessly subjective, but yet honest view on Gilles. I don't see any point on trying to write something objective and logical on him. There was absolutely nothing objective and logical about Gilles, his career, and his life. Everything about him was passion and intensity, going beyond the limit without any actual reason to do so. Only because it was fun for him to do so.

He was not part of the show; HE was the show

He could walk on water. He could still race without a front wing and yet finish on the podium. He could drive at race speed on three wheels. He could be eight on the starting grid and yet fight for the lead 200 meters later. He could be 9 (yep, nine) seconds faster than his teammate and 22 (yep again, twenty-two) seconds faster than the third guy on one single lap. He could 'defend his position' in front of four (much) faster cars for 70 laps without making a single mistake and still win. He could do everything behind the wheel of a race car. And the worst the conditions were, the better he was.

Are you ready to race for Ferrari?

It seems that each and every of the 67 Grands Prix he raced in were a fireworks of driving abilities, crazy drift action, wheel banging, and unexpected yet brilliant racing maneuvers (Alan Jones is probably still trying to figure how he got passed on the outside at Tarzan in Zandvoort). He was not part of the show; HE was the show, despite the fact that for most of his F1 career, he never had the best equipment to race with.

Against all odds: an unusual career

Nothing logical, there was just nothing logical about him. Starting with his whole F1 career with Ferrari… How can a snowmobile champion, a blindly fast race car driver from Canada, granted, but still an unknown figure in the rest of the world ended up competing for the most prestigious team ever? By a simple phone call, made all the way from Maranello, Italy, to Berthierville Québec, in one summer day of 1977. In that phone call, Gilles got to hear the most amazing question a race car driver can hope to hear: "Are you ready to race for Ferrari?" Such an amazing question indeed and the story goes that Gilles thought it was a prank and hung up. But it wasn't and the phone rang a second time. The question was asked by the great Enzo Ferrari himself, who saw something luminous in Gilles, a raw passion that instinctively reminded him of his beloved Tazio Nuvolari. Gilles went to Italy and the rest became history. Major history.

There was something absolutely magical with every one of his races and many of the Grands Prix he competed in went on to become classics: '78 Canadian GP, '79 Long Beach, '79 French GP, '79 Dutch GP, '79 US GP at Watkins Glen, '81 Monaco GP, '81 Spanish GP, '81 Canadian GP, and all the other less famous races that saw Gilles getting sideways on two wheels, sideways on four wheels, stories of armco barriers frantically waving as Gilles was brushing them with his rear wheels.

How great Gilles was? He didn't even need to win

The 1979 French GP has become such a classic that beyond the insane wheel banging action with banzai French driver René Arnoux, what is left to remember is that Gilles proved wrong the most famous adage in sports saying that 'Only the winner counts, no one will remember who finish second'. From that glorious summer day of 1979 in Dijon, no one remember who won, but everybody remembers who came in second: Gilles. This is how great Gilles was: he didn't even need to win.

And it symbolizes him, too: in his mind, it didn't matter if he was fighting for the lead or for 20th position; he was always pushing the hell of out his (seemingly limitless) abilities and those of his car. He was an equal opportunity fighter: same lap, a lap down, battle for the win, battle for the 15th spot, it didn't matter to Gilles. He would fight his competitors again and again, relentless, until someone finally drops.

Even more amazing is that, as a person, he was a very simple guy from rural Québec, who enjoyed his hamburger and fries despite the fame and fortune. He was an enjoyable man, and an honest one, too. Sometimes too honest as he would not mind rattling cages with his direct opinion. He was a direct person, on and off track.

But then came May 8, 1982, 13h52. The minute that will remain dark forever, to me and to millions of fans around the world. Many still thinks that this was inevitable, with Gilles' racing-on-the-edge approach. Maybe… Geniuses always die young, so it seems.

At any rate, he was the most amazing, spectacular and fearless race car driver I've ever seen. The last romantic racing hero. And to this day, I miss him, still.