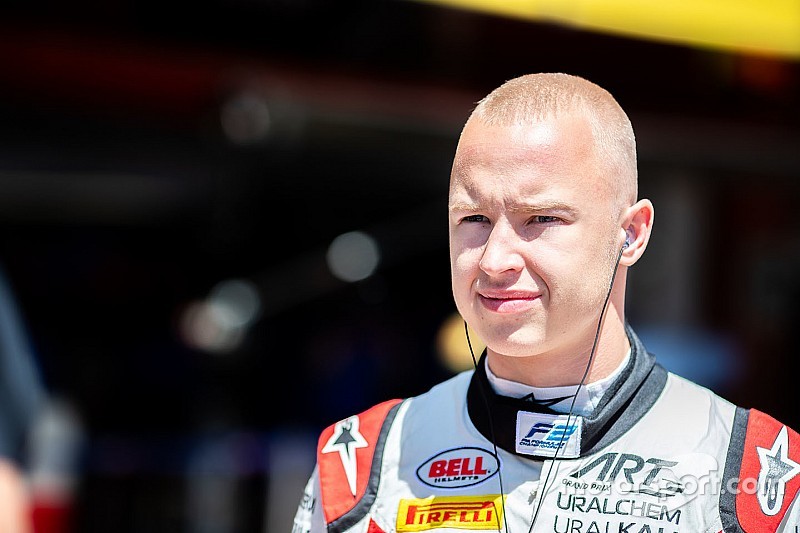 The 20-year-old Russian will join Mercedes' race driver Valtteri Bottas in action at Barcelona this week, although the day he drives depends on the team's programme.

It will be Mazepin's first run in the team's 2019 challenger, the W10, although he is conducting a private testing programme this year in a 2017 Mercedes.

Mazepin finished runner-up in the final season of GP3 last year, winning four races, but is only 16th in the standings six races into his debut F2 campaign.

He has a decent amount of F1 testing mileage already, completing eight days with Force India from 2016 to 2018 in his role as development driver.

However, Force India's slump into administration and rescue by a consortium led by Lawrence Stroll ended Mazepin's relationship with the team coming to an end.

One of Stroll's rival bidders for Force India, which is now Racing Point, was Russian firm Uralkali – a chemical firm that is closely associated with Mazepin's father Dmitry.

F1 rules allow the testing of cars that were designed and built to the regulations of the three years "immediately prior to the calendar year preceding the [current] championship".

As of 2019, cars from the '15, '16 and '17 seasons are eligible, giving Mazepin the chance to increase his mileage in cars built to the current, higher-downforce regulations.

Mazepin will be one of many drivers getting a rare official F1 test opportunity in Spain, as teams complete their quota of 'rookie' driver appearances during testing.

Formula 2 racer Sergio Sette Camara will make his McLaren testing debut on Wednesday, when he shares the car with Oliver Turvey.

McLaren development driver Turvey will be behind the wheel of the MCL34 in the morning before Sette Camara takes over for his first on-track opportunity since joining McLaren as a test driver for 2019.

Callum Ilott will make his F1 test debut on Tuesday with Alfa Romeo.

Verstappen: No corner where Red Bull was beating Mercedes