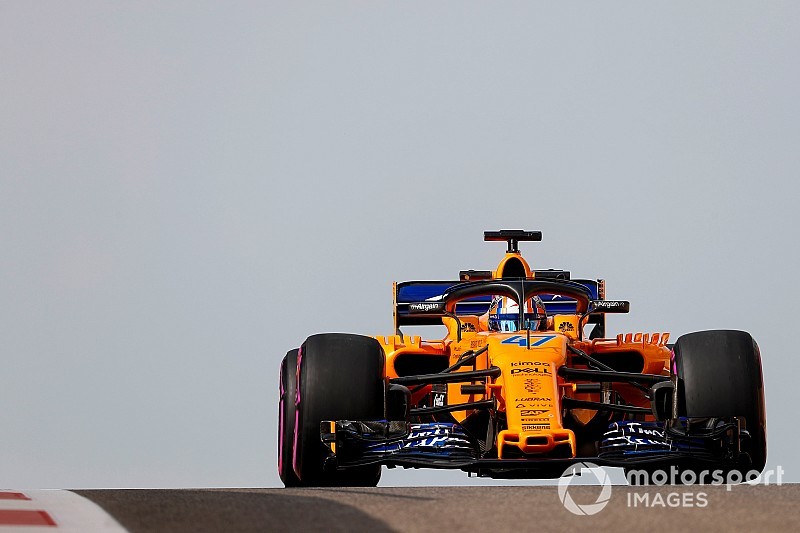 McLaren's 2019 Formula 1 rookie Lando Norris says he has noticed "quite a big change" in how the team has approached development work on its new challenger.

Norris steps up to a race drive with McLaren after two seasons with the British team as a young driver in 2017 and F1 reserve alongside his Formula 2 commitments last year.

McLaren is bidding to get back to better form after almost five full seasons without a podium finish, and has made several changes behind-the-scenes to facilitate its progress.

Asked how confident he is for a turnaround, Norris said: "That's a difficult one, no one knows.

"They have decent ideas of things they are working on, bits they are trying to improve, all these little things that you'll say they've had lots of data to say is better.

"Things can always change, sometimes it looks good in the wind tunnel, on the aero mapping or whatever, and you get to the track and it does something slightly different to what you expect.

"Of course they are confident they are making the right changes.

"There's been quite a big change in the team and how they are approaching things, approaching the work for next year, the development.

"I think they're focusing on making 100% sure they know things are going to be for the good, and not kind of like [2018] and maybe not end up so good."

Norris said he believes McLaren has developed a "much better understanding" thanks to its increased focus.

The team has admitted that its own progress will play a big role in how the Formula 2 runner-up performs in his debut season.

Norris has set an "unrealistic" target against new teammate Carlos Sainz, who has joined McLaren from Renault.

"My ideal aim is to beat Carlos at every race, and in every qualifying session," said Norris.

"That is an unrealistic goal to set at the moment but I will do the best job I can and complete as much preparation as I can to be ready for it.

"I would like to beat him, and that is my aim, and my goal."